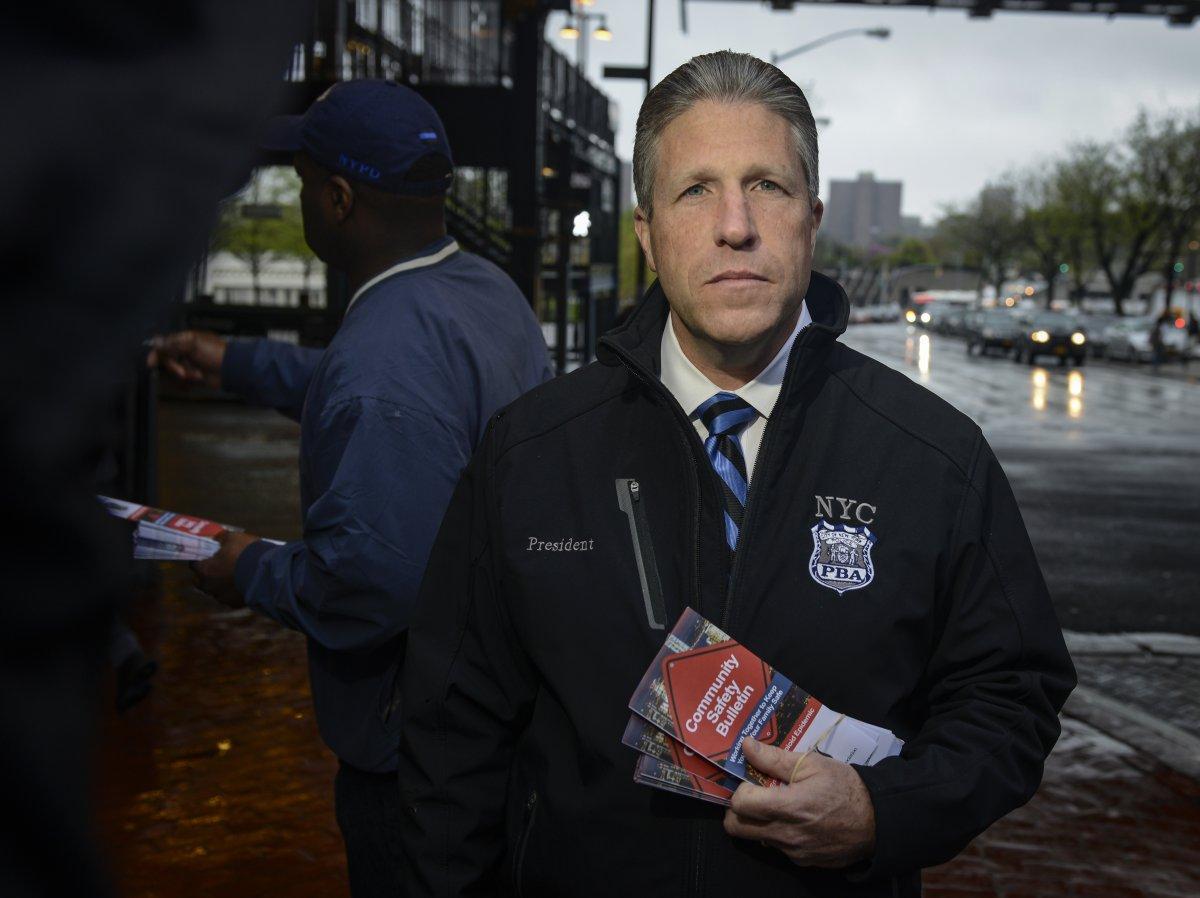 “We’re here in the Bronx today because there’s a spike in deaths, and we’re also in Staten Island where we also see a rise in these overdoses,” said PBA President Pat Lynch. (ANTHONY DELMUNDO/NEW YORK DAILY NEWS)

"The PBA is reaching out to the neighborhoods that are hardest hit, because this crisis affects every New Yorker," a union official said.

"It's only going to get solved at the ground level and by working together. "

PBA members will also distribute the leaflets by hand in the affected neighborhoods. Cops have saved more than 111 people using the drug naloxone, which revives people who have overdosed. Overdoses in the city are outpacing homicides and car crashes combined.