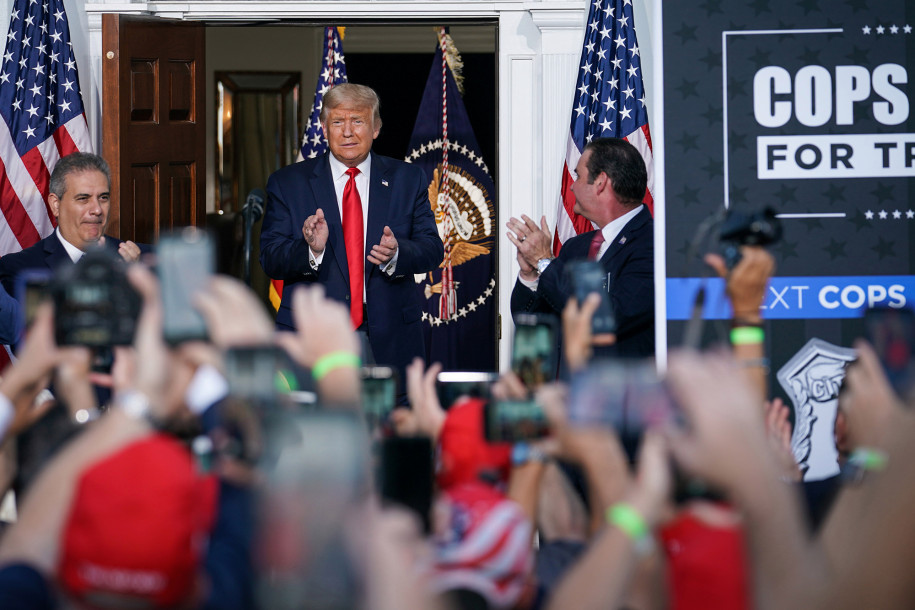 In a tweet, Trump also offered a shout out to union boss Pat Lynch.

“Thank you to the great Pat Lynch & the @NYCPBA I will never let you down!” he said.

“I have deeply and profoundly admired the brave men and women of the #NYPD for my entire life. New York’s Finest are truly the best of the best,” he added later that evening.

In his remarks Friday, Lynch said his union rarely made political endorsements for the land’s highest office, but current circumstances justified the move.

“I have 36 years on this job … I cannot remember when we have ever endorsed for the office of President of the United States until now,” he said to cheers. “That’s how important this is, Mr. President, we’re fighting for our lives out there. We don’t want this to spread to the rest of the country. We need your strong voice across the country.”

Violent anti-police protests and looting have gripped New York and cities across the nation after the death of George Floyd in May. President Trump has rarely missed an opportunity to condemn the agitators, who he has in the past called “domestic terrorists.”