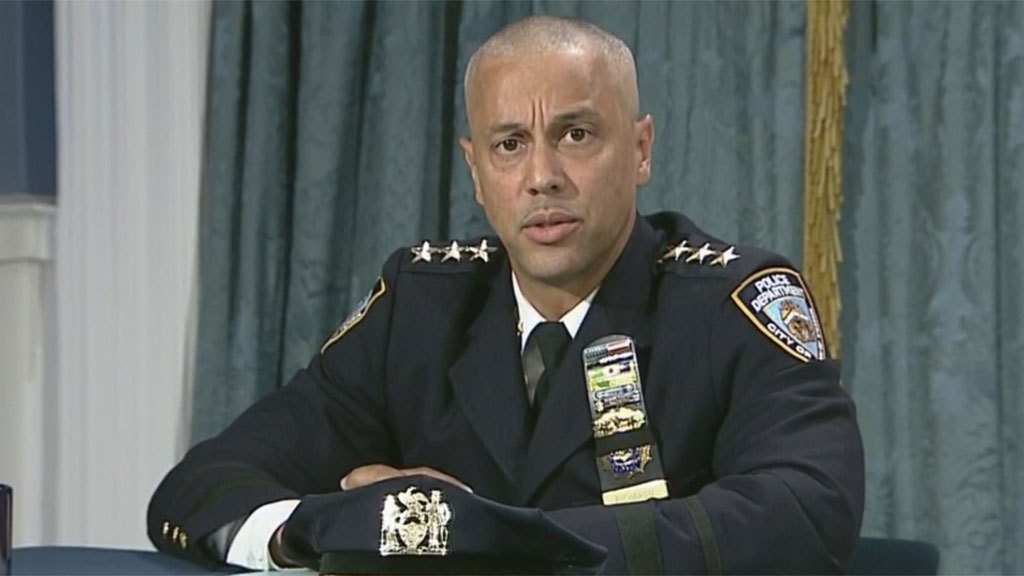 The 43-year-old was the first Chief of Patrol of Dominican heritage in NYPD history.

The NYPD praised Pichardo for working tirelessly in recent months to guide the men and women in uniform through a series of challenging issues that have strained the city and the agency.

When asked if the retirement was due to a disagreement between the mayor and Pichardo, Mayor Bill de Blasio said, "I think Chief Fausto Pichardo has done a fantastic job and I felt that throughout and I've said it several times."

The mayor added that he spoke to Chief Pichardo several times and tried to convince him to stay on, but "We all tried to get him to stay but it was a personal decision."

De Blasio said that he and the chief "have rarely disagreed."

"The information out there isn't accurate and doesn't tell the story," the mayor said. "He'll speak for himself on it."

In a statement, Bronx Borough President Ruben Diaz Jr. said "The Mayor is once again displaying his ineptitude at being the leader of this city. "During the height of the two biggest issues that have hit New York City hard (the COVID-19 pandemic and rising crime rates), this mayor has managed to push out the BEST assets he has had at his disposal. Moreover, the fact that he has alienated highly qualified Latinos such as Dr. Oxiris Barbot and Chief Fausto Pichardo, compels us in the community to question his commitment to us. I am disturbed how the Mayor's office is hemorrhaging such great talent when New York City needs all-hands-on-deck as we try to recover as a city and as a community. I want to thank Chief Pichardo for having served New York City with dignity, class and distinction. ¡Tu eres el orgullo de nuestro comunidad! Best wishes in your future endeavors, hermano."

Later Wednesday, Pichardo himself responded with a statement on Twitter.

"As I officially announce my retirement, I want to thank all of the men and women of the NYPD for the remarkable work that you do day in and day out for all New Yorkers. Every interaction that you have is an opportunity to forge a greater bond with those we serve."

He went on to thank de Blasio and Police Commissioner Dermot Shea for trusting and supporting him.

"This is what happens when elected officials play political games with police department operations. Our top talent in all ranks is being driven out the door and public safety is suffering. City Hall's amateur-hour meddling has left the NYPD broken, almost beyond repair. We wish Chief Pichardo a long, happy and successful retirement. Wherever he goes next, they will be getting one of our finest."

Pichardo joined the NYPD in 1999, and took over for Rodney Harrison, who became chief of detectives.

Among his responsibilities in Manhattan and the Bronx was commanding officer of the 43rd Precinct in Soundview.

The chief began his career in law enforcement in July 1997, as a New York City Housing Police Department cadet.

"Chief of Patrol Pichardo is a deeply respected leader in the NYPD and City Hall is continuing to have conversations with him regarding his future," the Mayor's office said in a statement.

The National Latino Officers Association also released a statement, which was highly critical of the mayor and the police commissioner.

"It is amazing that during these critical times the mayor and police commissioner fail to recognize the need for Hispanic representation in policy making positions," Executive Chairman Anthony Miranda said. "The administration consistently fails to acknowledge the work and contributions of Hispanic law enforcement leadership. Hispanic NYPD executives always suffer discrimination and retaliation. Hispanic NYPD executives view executive promotions as being diagnosed with a terminal illness with a short life expectancy."