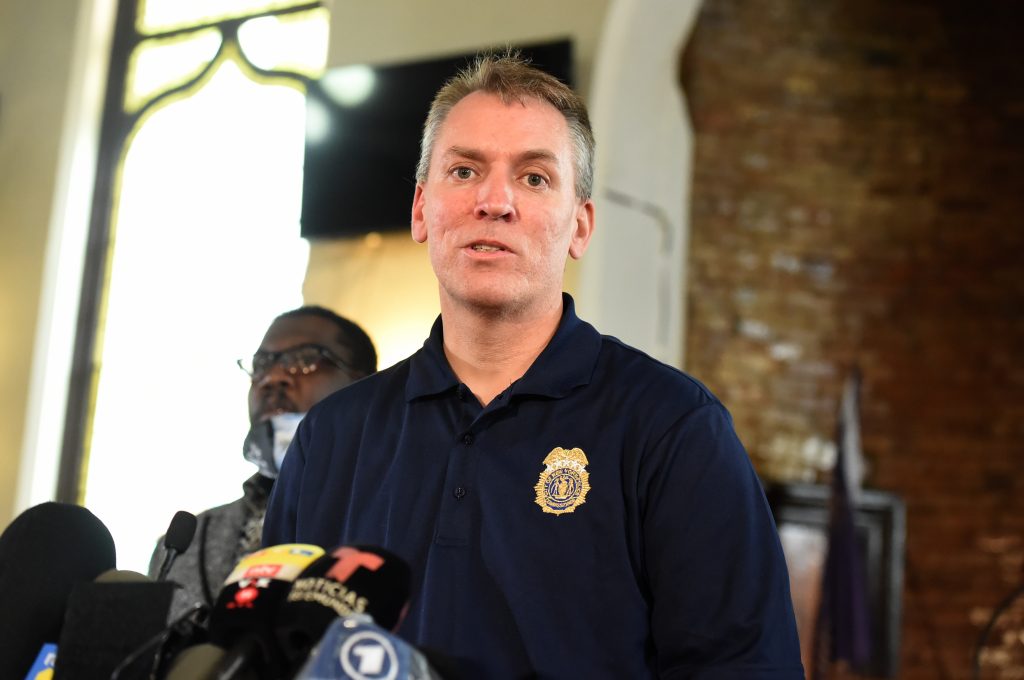 Commissioner Dermot Shea defended his department, while saying some have acting inappropriately. (Photo by Todd Maisel)

The NYPD eliminated Monday its Anti-Crime Units — a fixture in every precinct that specializes in targeting armed suspects — and reassigned its more than 600 assigned officers into other duties, Police Commissioner Dermot Shea revealed in a stunning afternoon announcement. 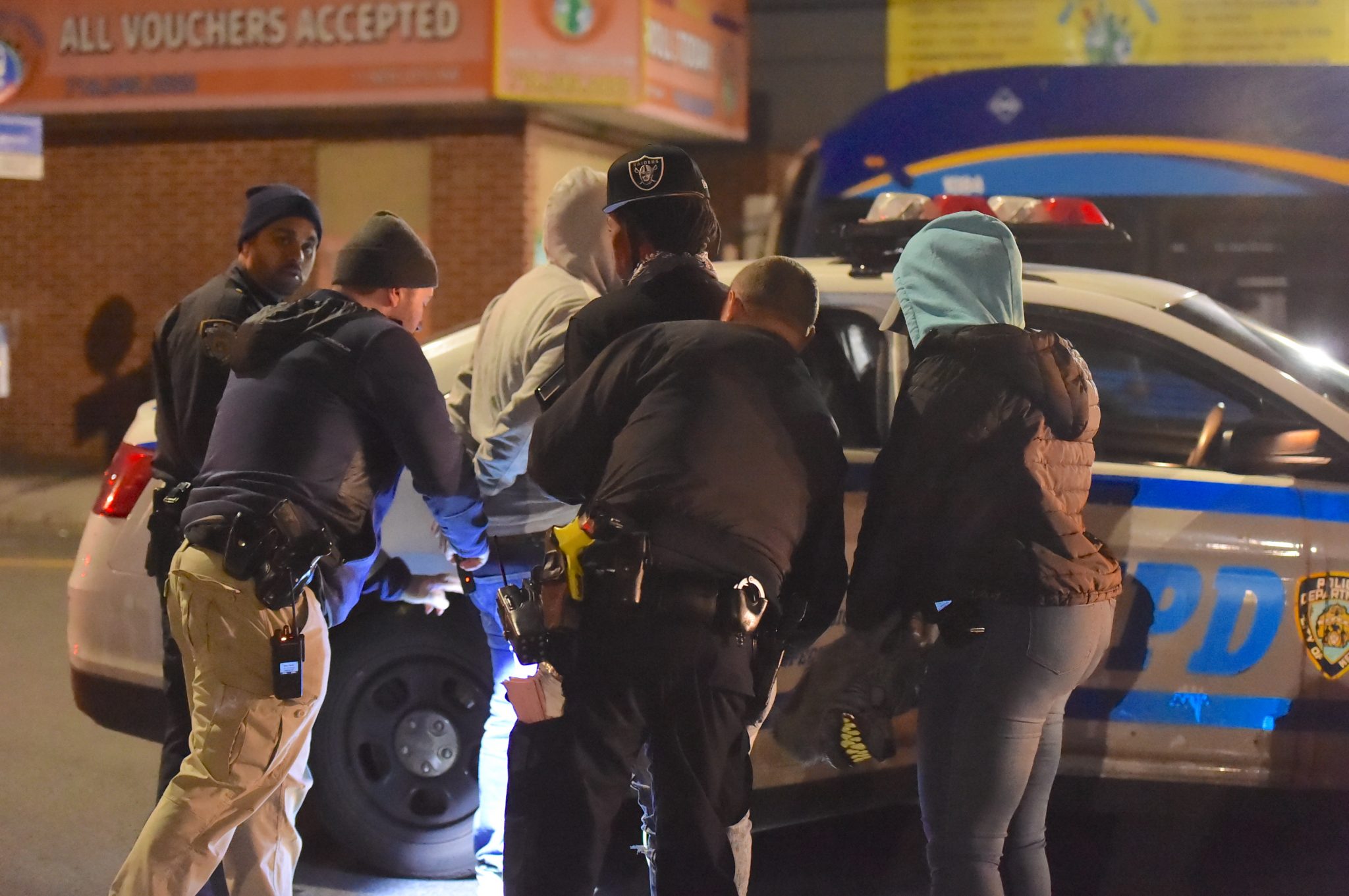 During a press conference at One Police Plaza broadcast on social media, Shea described the effort as a “seismic shift” in policing and an effort to rebuild public trust. The major change in policing comes after two weeks of constant demonstrations, some of them violent and involving looting, following the death of George Floyd at the hands of Minneapolis police.

“Within the last hour, I chaired a meeting of all the senior executives in the department it is regarding deployment of precinct-level and PSA-level (Public Service Area, for public housing complexes) anti-crime police officers, these are the plain-clothed units that operate our traditional anti-crime,” Shea said. “Effective immediately, we will be transitioning those units, roughly 600 people citywide, into a variety of assignment, including detective units, neighborhood policing and other assignments.”

The commissioner said the “seismic shift in the way we police this city” comes after months of internal discussions with NYPD brass. He noted that anti-crime officers are often involved in police-involved shootings, and their current composition reflected a “20th century policing” model that must be modernized.

Shea also recognized that people in some communities were “enduring being stopped, their children being stopped,” adding “there is a disproportionate number of complaints and shootings as they are doing what we ask of them.”

But the commissioner was quick to note that the change was “no reflection on the men and women of the Police Department who are doing an exceptional job.

“It’s time to move forward and change how we police in this city with brains and guile, and move away from brute force,” he said.

The former anti-crime officers will focus instead on intelligence and evidence gathering to help strengthen cases being prosecuted. Shea stressed that the NYPD needs the cooperation of the city’s five district attorneys, and the general public, in helping to keep crime down.

“We can do better and 2020 policing is not what it was five, 10, 15 years ago. … We need the cooperation of the five district attorneys and the communities that we serve – we need their cooperation and their trust,” Shea added.

The change does not affect anti-crime units within the NYPD Transit Bureau, Shea explained.

There are plenty of risks with Shea’s decision. He acknowledged the NYPD has faced great difficulties in crime fighting this year, specifically bail reform laws that he claimed released more criminals who have committed additional crimes; and the COVID-19 pandemic, which killed 45 officers and, at one point, forced nearly 20% of the entire force into sick leave.

Then the George Floyd police-involved murder in Minneapolis on Memorial Day sparked nationwide protests, including in New York City. There were renewed calls for police defunding, condemnations of brutality, and a legislative push to reform how the NYPD works within the communities they are charged to serve.

Shea acknowledged that the NYPD is continuing to change itself to meet the demand for reform, but at the same time, faces these challenges and one other serious problem for the city at large — a troubling rise in gun violence.

“We need the criminal justice system at full capacity and laws to put people in jail that carry guns in this city,” Shea said. “You don’t want anyone carrying a gun to your barbecue.” 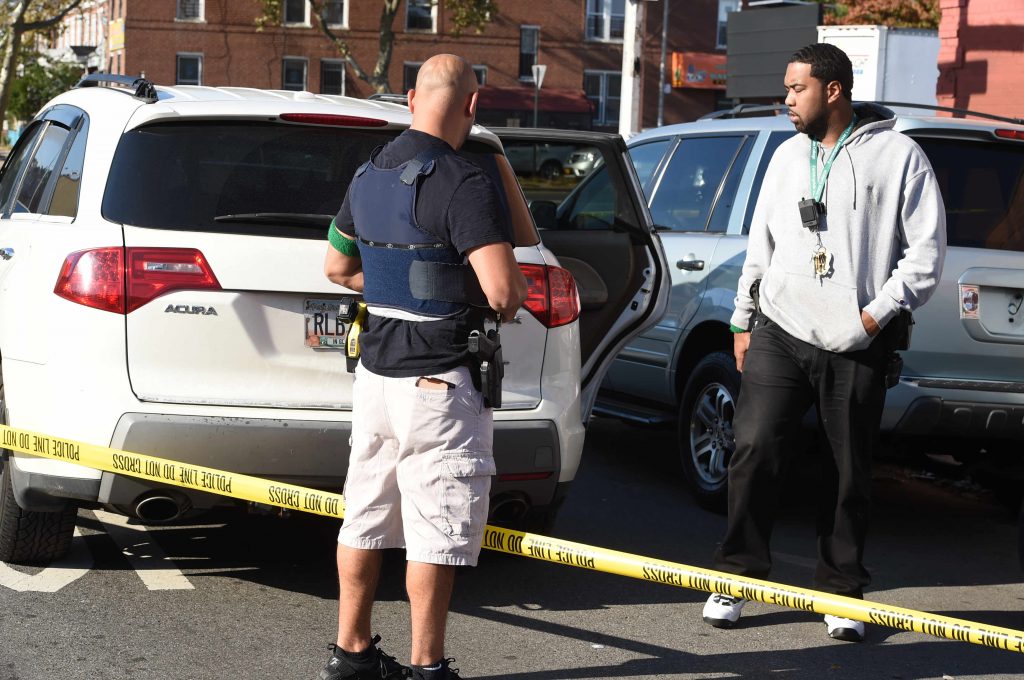 The commissioner also expressed concern over defunding calls, saying “there is a storm in the horizon and it makes me concerned about discussion of budget cuts and reducing head counts.”

“The residents of New York City deserve to be protected,” he added.

“Anti-Crime’s mission was to protect New Yorker’s by proactively preventing crime, especially gun violence,” Lynch said. “Shooting and murders are both climbing steadily upward, but our city leaders have clearly decided that proactive policing isn’t a priority anymore. They chose this strategy. They will have to reckon with the consequences.”