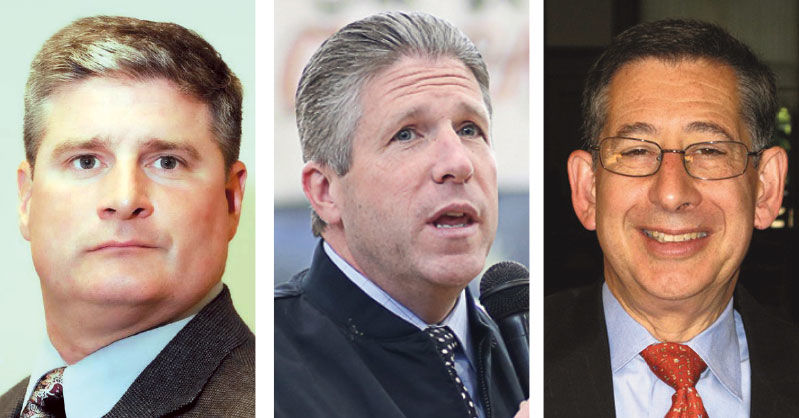 A recent contract ratification by State Troopers continues their status as the highest-paid Troopers in the nation while also extending the salary gap between them and city cops, whose union has prepared an arbitration case that will argue that the large difference warrants raises that go well beyond the pattern established by the two-largest municipal unions.

Prior to the new contract for those represented by the New York State Troopers Police Benevolent Association, its members at top salary already received base pay more than $5,500 above what NYPD Police Officers got. The latest deal widens the gap to more than $8,700: $94,025 for Troopers as of next April if they have at least five years on the job, compared to $85,292 for NYPD cops, who must have 5 ½ years of service to qualify for maximum salary.

Not Just Due to Delay

If city cops, who are working under a contract that expired Aug. 1, 2017, were to receive raises averaging slightly more than 2 percent annually that were already negotiated by the United Federation of Teachers, it would still leave them about $5,600 behind their state counterparts. And Troopers PBA President Thomas H. Mungeer in a Nov. 15 interview emphasized other benefits his members receive that create a far-bigger gap in salary-related compensation.

In fact, as he noted, the four-year contract his union reached with the Cuomo administration in August and ratified in mid-October had raises of 2 percent a year, consistent with the pattern for all state groups and a shade below the annual value of the city deals.

But differentials his New York City-based members receive that include expanded-duty pay that was negotiated in the wake of 9/11, hazardous-duty pay that was won during the administration of Gov. David Paterson nearly a decade ago, and three separate differentials tied to the area in which they are working further swell their pay, to $113,565 annually as of next April 1.

That helps explain why 89 percent of his membership, which includes supervisors as well as Troopers, voted to ratify the deal just four years after the Trooper contingent voted down an initial state offer that included a wage freeze at its outset.

For Troopers lower down the salary scale based on seniority, the gap is actually significantly greater with their NYPD counterparts. The second-year raise under a contract that was retroactive to April 1, 2018 will bring starting pay to $56,174 next April, compared to the current $42,500 received by rookie NYPD cops under the PBA pact that expired more than 15 months ago.

From there the salary comparison becomes particularly lopsided until city cops, upon marking 5 ½ years on the job, get a raise of more than $34,000 to $85,292. The first jump on the pay scale for NYPD officers comes after 18 months on the job, to $45,000. In contrast, Troopers make their biggest jump on the scale upon completing their first year of service, and as of next April 1 will have a base rate of $101,065, Mr. Mungeer said. While NYPD officers’ pay continues to rise in small increments before the final big jump to maximum, less-experienced Troopers as of next April will be paid $105,918 upon completing two years’ service, $108,823 a year later, and $112,267 on their fourth anniversary in the job, Mr. Mungeer said.

He added that his union has what he believed to be the highest longevity differential in the nation for officers with at least 25 years’ service: $16,000. That means his most-senior members will have their total compensation rise to $133,296 next April, and reach $140,679 by the final year of the deal, which runs through April 1, 2022. By that time, Troopers with five years’ service will have a base salary of $101, 776 that, with other related compensation rolled in, adds up to $123,479.

Not surprisingly, the Troopers union marked the graduation of 158 rookie officers from the New York State Police Academy Nov. 14 by thanking the Governor for having funded a new class of 250 recruits that will begin training in January. At the same time, Mr. Mungeer, citing “the number of tragic mass shooting incidents rising nationally and internationally,” urged Mr. Cuomo to include in his Executive Budget for the fiscal year that will begin next April 1 funding for a second Academy class of 250 officers to be hired later in 2019.

City PBA President Patrick J. Lynch congratulated the Troopers on their pact but added in a statement, "Unfortunately this also means that New York City police officers will fall even further behind the pay of other law-enforcement professionals with whom they work side by side." He noted that by the end of the new pact, city cops would be roughly 30 percent behind Troopers at top pay, "without even accounting for other forms of compensation received by the Troopers, including pay specifically linked to the dangers of the job and anti-terrorism duties within NYC."

In the past, Mr. Lynch has cited suburban salaries and even cities like Yonkers and Newark to make his case for beyond-the-pattern raises. This time he has focused his argument on Troopers and their increasing presence in the city.

The city’s chief negotiators under the past four Mayors have attempted to blunt PBA salary comparisons during arbitration proceedings by arguing that once fringe benefits are factored into the equation, total compensation for NYPD officers is roughly in line with what is received by officers in other major cities.

The state Public Employment Relations Board this summer granted the request for arbitration that the PBA made a year earlier, just 15 days after its old pact expired. While all three arbitrators have been selected, proceedings have been delayed because the union has sued in objection to the city’s choice of Labor Commissioner Robert W. Linn to be its member of the panel. It has claimed that he has a conflict of interest because of his work as outside labor counsel to the PBA at the beginning of the century, for Mr. Lynch’s first arbitration proceeding.

The union made a similar objection during its 2015 arbitration, but it was rejected by the arbitration-panel chairman, Howard Edelman, whose eventual award limited Police Officers to the same 1-percent annual raises in each of two years that other uniformed workers had received under seven-year contracts. PERB’s rules for arbitration limit awards to no more than two years unless both sides agree to an award of longer duration.