Witness recounts fatal friendly-fire shooting of NYPD Officer Brian Mulkeen: ‘I still see it. That’s how scary it was.'

By KERRY BURKE and JOHN ANNESE 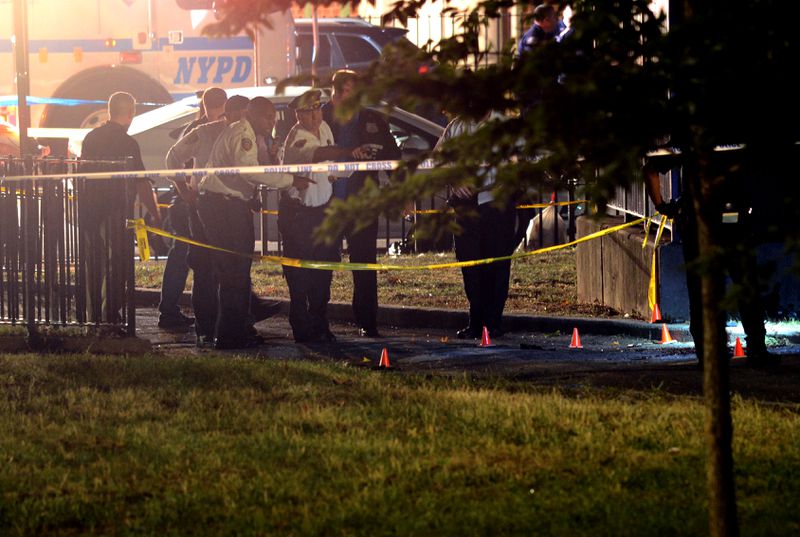 An eyewitness to the fatal friendly-fire death of NYPD Officer Brian Mulkeen said he still sees the awful scene play out in his mind.

Thomas Davis, 38, a maintenance worker who lives in the Edenwald Houses said he was on his way to buy juice for one of his children early Sunday when he saw the moment’s leading up to the deadly shooting.

Mulkeen, 33, was shot dead by fellow officers in a friendly fire tragedy while fighting Antonio Williams, an ex-con who bolted when cops tried to question him about gang activity near the Bronx housing development, police said.

“I was across the street,” Davis said.

Williams and a second man were standing near a green mailbox on the north side of E. 229th St., as if they were waiting for a cab, when an unmarked police car pulled up to them.

“They rode up on the two guys in slow motion," Davis said. Williams ran across the street and between two buildings in the housing development and Mulkeen gave chase, Davis recounted.

“Hey you! Stop running! Come here!” the officer yelled, according to Davis, and Williams replied, “I didn’t do nothing. Why are you bothering me? Why are you after me?”

They started tussling, he said, and a shot went off, low to the ground, Davis said.

Police said Williams reached for his own gun, but Mulkeen fired his weapon five times before the ex-con could get off a shot. The officers behind him started shooting as well, striking Mulkeen twice and killing him. Williams also went down, fatally wounded.

“They were shooting even as he fell. The cop was already down. They fell like one domino after another," Davis said. “I still see it. That’s how scary it was.”

Davis added, “One of the cops was screaming, ‘Oh my God! Oh my God!’ He was losing his mind.”

The officers gathered on the scene rushed Mulkeen into a squad car and left, while more officers did CPR on Williams on the ground, Davis said.

“There was so much gun smoke it was like they were smoking cigarettes. You could see it the air," Davis said. I got down on the ground because I was scared.” 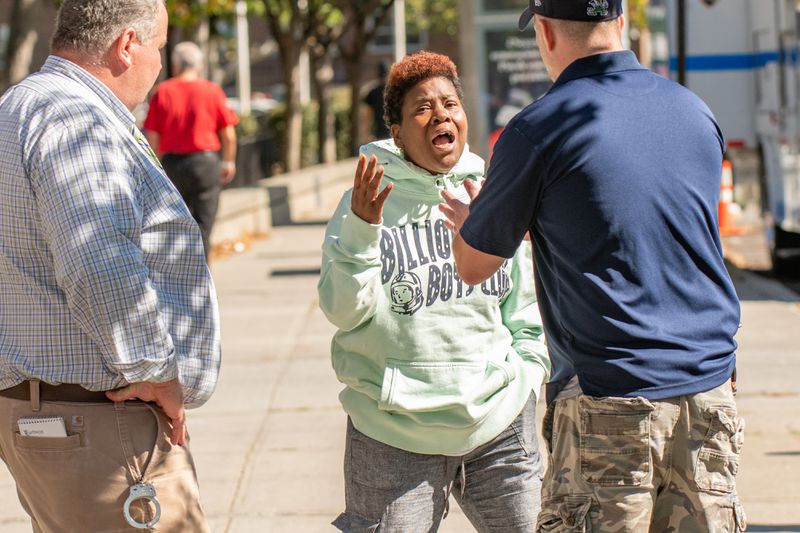 Dana Hammond, pictured speaking with police officers on Sunday, was allegedly associated with suspect Antonio Williams, who was shot and killed by police earlier in the day. (Theodore Parisienne/for New York Daily News)

Williams was visiting Dana Hammond, 36, and her sons, to watch a pay-per-view broadcast of the welterweight unification bout between Shawn Porter and Errol Spence Jr., and was on his way home when the officers stopped him, Hammond and her family members said.

Hammond, who Davis and others described as a mother figure in Williams’ life, rushed downstairs after hearing the shots and collapsed, wailing, Davis said.

“You could hear (the blasts) from outside,” Hammond said in a brief interview Monday. "He was minding his own business. He wasn’t doing anything to anybody. He was a good man.”