NYPD budget should be cut by $50 million: NYC City Council 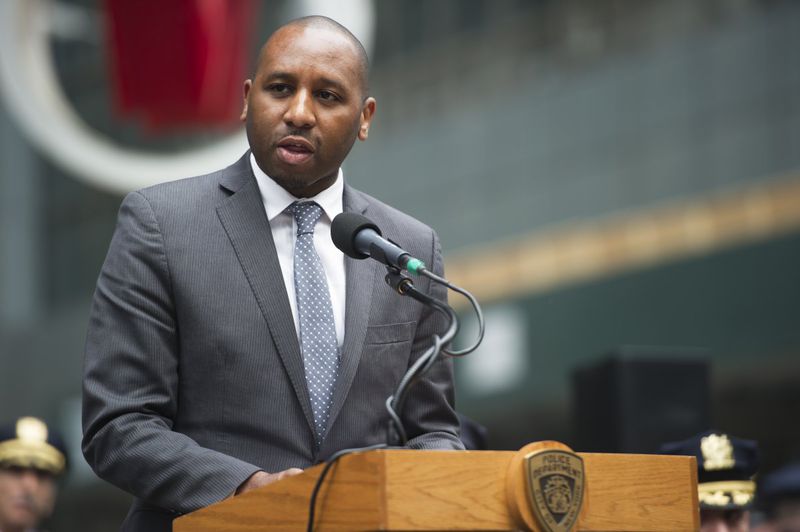 New York City Council members are pushing to cut the NYPD’s budget by at least $50 million as the coronavirus continues to wreak havoc on the city’s fiscal outlook.

Councilman Donovan Richards, head of the Council’s Public Safety Committee, said Wednesday that the police department should eliminate up to $30 million in overtime as well as $25 million by cutting the next round of graduates from the police academy.

Richards (D-Queens) said the NYPD has identified $10 million in cuts it can make to overtime, but that it isn’t enough given all the summer events that have been canceled and are a prime source of overtime for cops.

“There’s so much more fat the NYPD could cut,” Richards told the Daily News.

Richards, who will preside over a Council budget hearing on the NYPD Thursday, said, if needed, the department could also find savings through attrition.

Layoffs, he said, should be a last resort.

Rank-and-file cops pushed back against any cuts to the police force.

“It would be insanely reckless to defund the NYPD in the middle of this crisis," said Police Benevolent Association President Patrick Lynch. "Now more than ever, the NYPD needs to focus its full resources on providing basic public safety. If public safety isn’t Council Member Richards’ top priority, he should resign from the committee.“

As it now stands, the NYPD’s annual budget is just below $6 billion.

According to Richards, the city spent $1.9 million on overtime for cops patrolling Coney Island in the summer, almost $900,000 for games at Yankee Stadium and $2.5 million for the Macy’s July 4 fireworks display. He estimated that events like parades cost the city $1 million in overtime each, on average.

And while Mayor de Blasio said last month the fireworks display will go on, since many other outdoor events have been canceled or are unlikely to happen, Richards said it makes sense to plan not to pay for them.

While some of his colleagues support Richards’ cost-saving push, others predict that, if adopted, it could be disastrous. 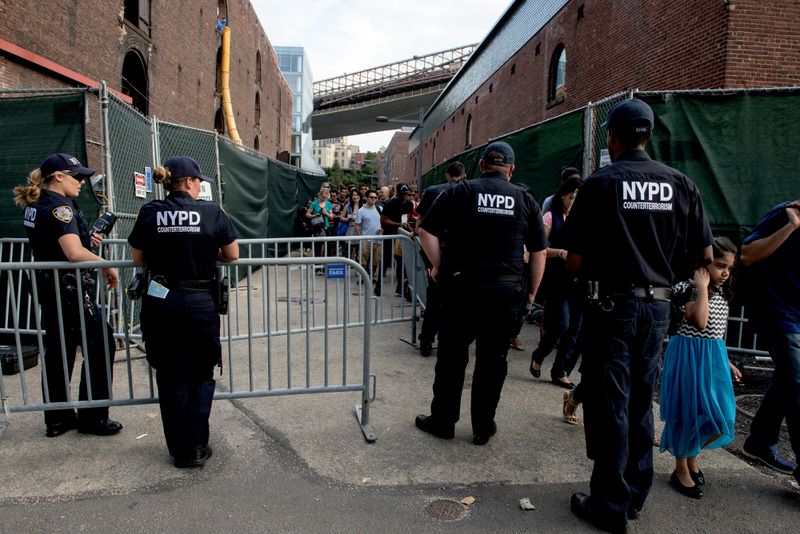 In this file photo, NYPD officers check bags at an entrance to Brooklyn Bridge park along the East River before the Macy's Fourth of July Fireworks on July 4, 2015 in Brooklyn.(Andrew Renneisen/Getty Images)

Cabrera worries that cutting the NYPD’s budget could significantly hobble the department in the event of a terrorist attack or another coronavirus wave.

Councilman Andrew Cohen (D-Bronx) said he’s “very nervous” about making substantial cuts to the NYPD, given future uncertainty about the coronavirus and the economy.

“Our top priority is to protect the health and safety of New Yorkers.  We have already cut the NYPD budget by more than $80 million since June, will continue to work with the Council on a balanced budget," City Hall spokesperson Olivia Lapeyrderie said in response.