This is the moment to stand with New York City cops 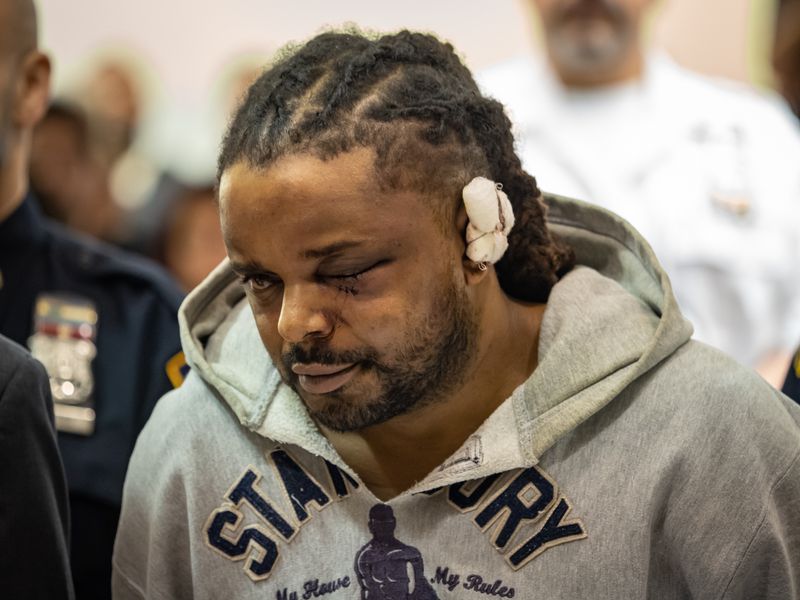 Robert Williams is accused of carrying out back-to-back assassination attempts on Bronx NYPD police officers in the span of 12 hours. He's pictured at his arraignment inside Bronx Criminal Court on Feb. 10. (Anthony DelMundo/POOL)

A few months ago, NYC Transit President Andy Byford gave New York’s political class an object lesson in leadership. After a violent repeat offender allegedly pulled a gun on an MTA bus driver, Byford showed up at the perp’s arraignment, stood in solidarity with dozens of MTA employees in the courthouse and pushed for the district attorney to seek the maximum sentence.

“There are far too many assaults on transit workers,” Byford said. “Honest, decent, hardworking New Yorkers who at the end of the day are just doing their job.”

He described the perp as “someone who quite frankly in my opinion should not be on the streets.”

In other words, Byford took a stand. He showed up in support of his employees against the criminals who are threatening them. And he clearly demanded real consequences to deter future attacks.

Now Byford is on his way out, another casualty of the political dysfunction that is dragging down our city and state. But his simple show of support will be remembered by working people across the city — especially cops, because we haven’t seen that kind of support for a long time.

Earlier this week, Bronx Criminal Court was packed with police officers attending the arraignment of an attempted cop-killer. A hundred or more NYPD officers of all ranks showed up to send a message: When you attack one of us, you attack all of us.

Not one elected leader or government official joined us. Why?

They can’t claim they’re too busy. These same politicians regularly find the time to lead demonstrations against police officers, or demonize us on the City Hall steps.

They can’t claim that their presence would skew the court proceedings. They never have that concern when they sit in at an accused police officer’s trial or disciplinary proceeding.

Most likely, they probably thought they had done enough. They had already tweeted. They had already phoned in to a TV or radio show. They had made vague statements about the “frayed relationship” between cops and the community, without proposing any concrete solutions. They had held their own press events, which did not involve any police officers.

If anybody is confused when we say that our leaders aren’t supporting us — this is what we’re talking about.

There’s a big difference between literally phoning in your statement and standing in a crowd of cops, facing the cameras and saying: “Anybody who tries to kill a New York City police officer is a cop-killer and needs to be in prison for life.”

That type of statement would show cops that our leaders have our backs. It would also send a message to all New Yorkers — our law-abiding neighbors, as well as the criminals — that hatred and violence directed at police officers are not merely “unacceptable” but are a threat to our entire society, requiring swift and severe punishment.

It’s also an opportunity to discuss real solutions to prevent further attacks. This alleged perp was a career criminal who had previously shot at police officers. Yet he was paroled and allowed to remain free after violating that parole. If our elected leaders want to stop future attacks on cops, fixing the broken parole system is a perfect place to start.

Every one of our leaders, at every level of government, squandered that opportunity. But many could not pass up the chance, a day or two later, to relitigate the use of stop, question and frisk under Mayor Bloomberg. Once again, cops and all New Yorkers got a clear message about where their priorities lie.

There’s still time for politicians to follow Byford’s example by showing up and taking a stand. Cops will be turning out every time this accused assassin shows his face in court. The room will be packed, but we will gladly offer up our seats to any leader who says, “Let me in there, because I want to make sure we get justice.”