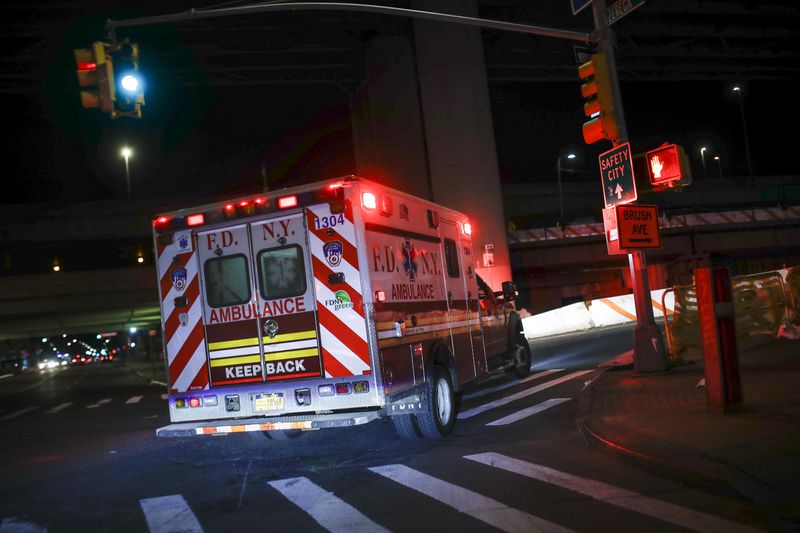 New York City is running on financial fumes, Mayor de Blasio said Wednesday as he warned he may have to furlough or layoff municipal employees — including the selfless workers who stood firm on the front lines in the coronavirus crisis.

Instead of combat pay, New York’s new heroes could face weeks without paychecks unless Washington delivers economic relief to the city that’s borne the brunt of the nation’s worst medical crisis in more than a century.

Even as de Blasio delivered a little good news on the daily COVID-19 treatment front, he sounded a fiscal alarm that will reverberate in all five boroughs — and raised concerns the city is inching closer to the kind of fiscal crisis in the 1970s that brought New York City to its knees.

"I’ve been talking to mayors all over the country,” de Blasio said at his daily coronavirus briefing.

“Republican and Democrat both, some of them already announced layoffs, some of them announced furloughs or are planning to," he said. “Every one of us has to start looking at that possibility if we don’t have any money. We have a budget coming up in June. I’m not here to project anything while we’re in the middle of fighting for stimulus funding, because that’s what would get us out of this mess. That’s what New York City deserves."

De Blasio reminded New Yorkers the business of the city has to go on even in the midst of a global pandemic — and accept the reality that there’ll be shortfalls when money isn’t coming in.

Consequently, furloughs and layoffs that have decimated private sector businesses — from restaurants to retail — could soon be at the municipal doorstep of the nation’s largest city, which employs nearly 500,000 workers.

Coronavirus required millions in new spending and socked the city with some $7.4 billion in tax revenue shortfalls over the next two years, according to city officials.

“I’ve lost $7.4 billion already and my economy can’t come back until I get that stimulus and get back to normal and provide those basic services,” the mayor said. “We’re running out of money.” 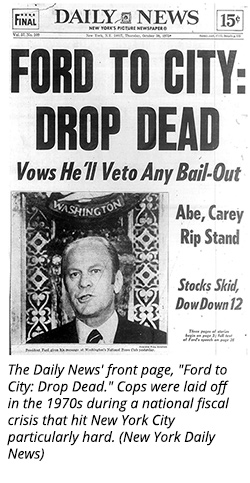 A City Hall spokeswoman, Freddi Goldstein, said it was “too soon” to get into the specifics of which agencies and positions would be first on the chopping block. There was also no immediate word on the economic impact of layoffs and furloughs, or how municipal job cuts would affect worker pensions.

But other city leaders said the mayor has options.

City Comptroller Scott Stringer agreed the federal government should step up, but said layoffs and furloughs should not be on the table. He suggested de Blasio could do much more to cut existing fat.

“At a time when city workers are on the front lines of the pandemic, the mayor should not threaten their livelihoods in this way,” Stringer said. “From ballooning contracts to runaway spending without results, I have said repeatedly that agencies can find greater savings without harming our workers.”

“If laying off the people who saved New York City residents during this pandemic is his solution, then we’re all doomed,” Barzilay said. “Not only is this the wrong time to lay people off, this is the time where this city needs every hand on deck.”

Henry Garrido, executive director of DC 37, which represents municipal workers, said 90,000 of the union’s members are expecting a 3% pay increase starting in June.