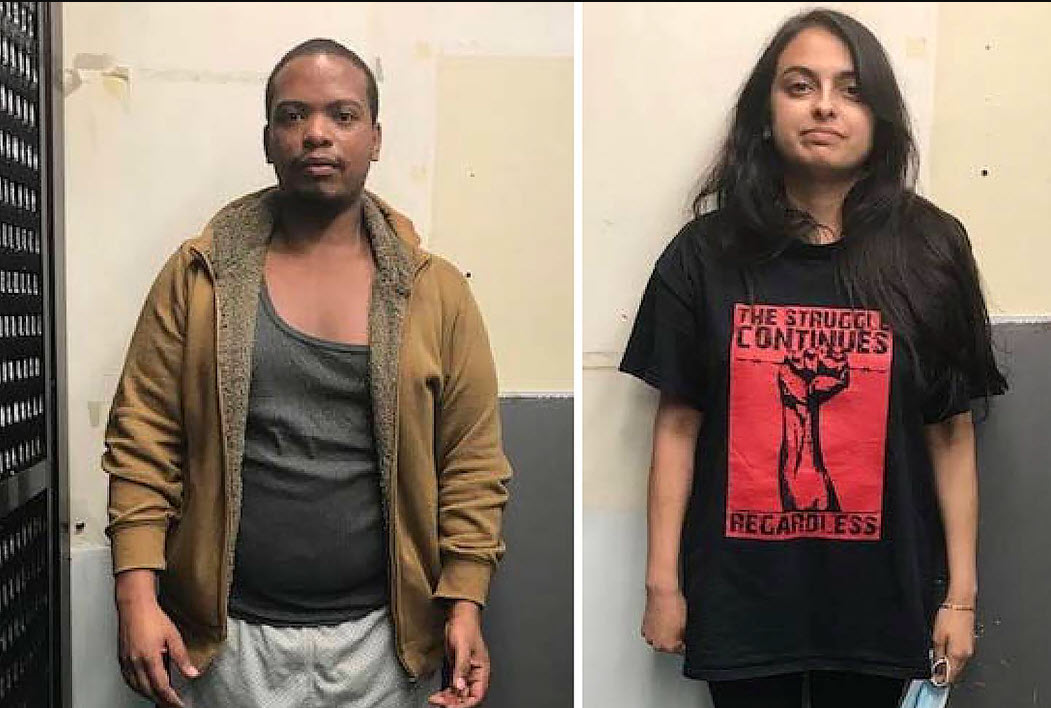 Colinford Mattis, left, and Urooj Rahman, right, lawyers from Brooklyn, shortly after their arrest in May 2020. (AP)

Federal prosecutors steeply lowered the prison time they seek for two lawyers who threw Molotov cocktails at NYPD vehicles during the George Floyd protests in 2020.

Prosecutors in the Brooklyn U.S. attorney’s office noted “case-specific mitigating facts and circumstances” that led them to suggest sentences of just 18 to 24 months in the cases of Colinford Mattis and Urooj Rahman.

Both suspects offered guilty pleas in October to charges possession of a destructive device. The guilty pleas would dismiss the most serious charges brought against them in a June 2020 federal indictment.

The duo faced up to life in prison under the indictment. Before a court filing Tuesday asking for the lower sentence, the feds planned to seek less than 10-year sentences for each.

Rahman, 31 at the time of the May 30, 2020, protest, tossed a Bud Light bottle filled with gasoline into a parked NYPD car outside Brooklyn’s 88th Precinct, setting it ablaze, investigators said.

Mattis, 32 at the time of the protest, is accused of being Rahman’s getaway driver. When officers stopped their van on Willoughby St. that night, they found the makings of another Molotov cocktail in the back seat along with a gasoline container, police said.

After spending weeks in jail after their initial arrests, Mattis and Rahman have spent the last nearly two years on home confinement.

Prosecutors’ decision to lower the government’s prison time request in the case infuriated some members of law enforcement.

One of the two Brooklyn lawyers accused trying to torch an NYPD cruiser in Brooklyn used a Bud Light bottle stuffed with a rag as a Molotov cocktail, a photo obtained by the Daily News shows. (Obtained by Daily News)

“There is absolutely no justification for lowballing the sentence for an anti-police terrorist attack,” said Police Benevolent Association President Patrick Lynch.

“It’s bad enough that these dangerous criminals have been allowed to sit at home for the past two years,” Lynch said. “Handing them a below-guidelines sentence would give a green light to other anti-police radicals who seek to advance their cause through violence. The judge must reject this request.”