By Craig McCarthy and Daniel Cassady 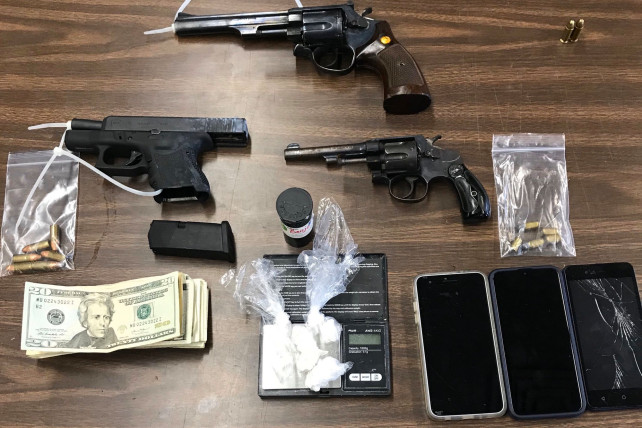 Stathos Huginnie was found in possession of three guns, multiple rounds of ammunition and crack and heroin.  Twitter.

A Brooklyn man who spent a decade behind bars for the non-fatal shooting of a cop in 1997 was arrested again Thursday in Queens for possession of guns and drugs, police said.

Stathos Huginnie was found in possession of three guns, multiple rounds of ammunition and crack and heroin when he was busted in Long Island City at around 6 a.m., according to cops.

The 43-year-old brigand was released in 2017 after being sentenced to 17-20 years for shooting a cop, sources said.

“This is the type of person New Yorkers are going to be encountering on our streets in increasing numbers: vicious criminals who are being spit back out by our criminal justice system,” said PBA President Patrick Lynch said. “We must fix our broken parole system before perps like Hugunnie create more victims.”