By Bernadette Hogan and Carl Campanile 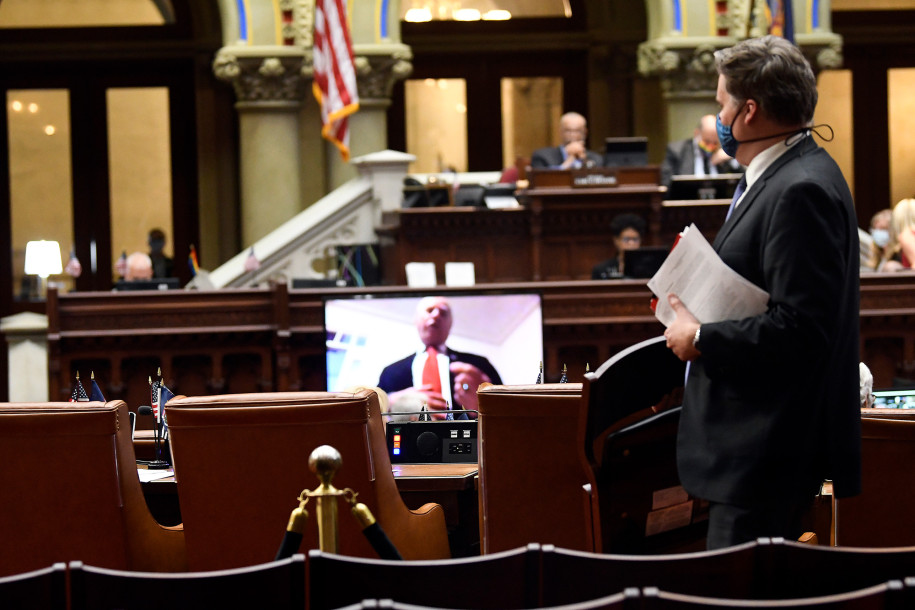 It replaces it with a new layer, allowing members of the public and journalists to submit a Freedom of Information Law request for records and claims made against officers.

Sensitive information — like addresses, phone numbers, email or health information — will still be kept under wraps, like other public employees.

The bill — carried by Assemblyman Daniel O’Donnell (D-Manhattan) and state Sen. Jamaal Bailey (D-The Bronx) — along with nine others, prompted state lawmakers to return to Albany via Zoom and in person to pass police reform bills in the wake of George Floyd’s death at the hands of Minnesota cop Derek Chauvin.

Originally passed in 1976 by the Legislature to shield law enforcement from retaliation when involved in criminal proceedings, court interpretation of the law has broadened which pro-repeal advocates argue has frustrated efforts to get at the records of bad cops and allows upward mobility in law enforcement offices.

“There’s a sense of frustration in me that many of us have, especially of those of us who are people of color, especially black people. George Floyd said he couldn’t breathe, they didn’t listen,” Bailey argued during the bill debate, and also during Floyd’s nationally televised funeral in Minnesota.

“That knee on Mr. Floyds neck was a wakeup call for America. We need policing reform,” a noticeably frustrated Bailey said.

“That doesn’t mean we’re anti-police … it just means that we had to change a few things — but people just weren’t listening before.”

Republicans argued the legislation could expose officers to unfair, targeted attacks if “substantiated” and “unsubstantiated” claims are released to the public.

“The overwhelming amount of police officers and police agencies are honest, decent public servants who work hard each and every day to keep our communities safe,” GOP Senator (R-Elma), a former state trooper and Erie County sheriff, argued.

“The best police agencies, the best likelihood of success is no doubt where the police and community work together and trust each other.”

Only 226 complaints against 326 police officers were sustained in 2018, but the 2019 figures have yet to be received.

The board also received an uptick of misconduct complaints last week — 532 total, an increase of 70 compared to April’s numbers.

But other lawmakers, like state Sen. Jessica Ramos (D-Queens), argued minority communities are unfairly targeted. She admitted she’s been stopped and frisked. 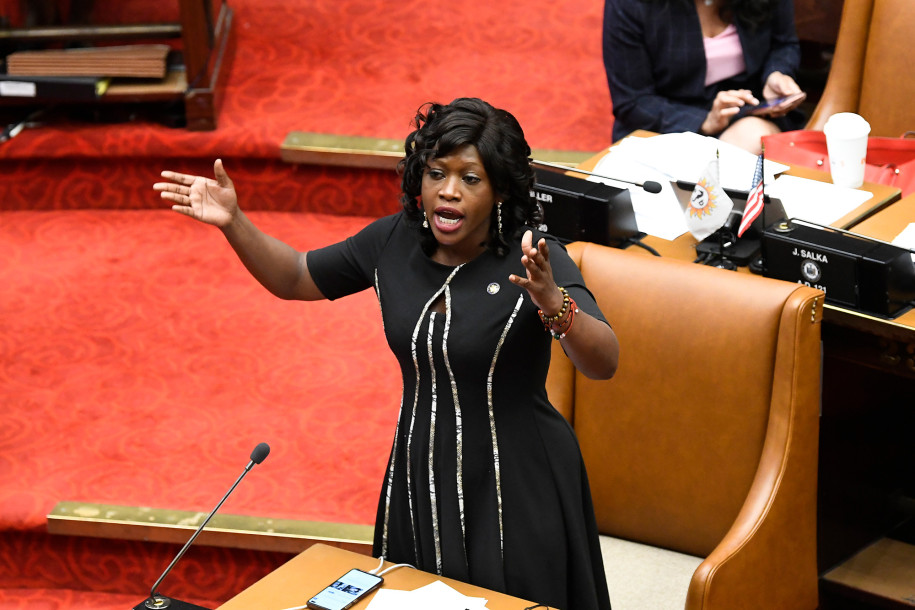 State Sen. Luis Sepulveda (D-The Bronx) called internal disciplinary reviews by police groups ‘a kangaroo court,’ noting one of his first jobs out of law school was for a law enforcement union.

The measure passed the state Senate along party lines around 2:30 P.M., with 40 ‘yes’ votes from Democrats and 22 ‘no’ votes from Republicans.

The Assembly, however, continued to debate the measure well into the evening, finally passing it 101 to 43 just before 8 P.M.

City Police Benevolent Association president Patrick Lynch during a press conference on Randall’s Island flanked by representatives from 20 law enforcement unions across the Empire State, suggested the bills were being passed in Albany without input from law enforcement.

“Didn’t they rush through bail reform? Didn’t they have to admit they made a mistake.

He also called the NYPD “the most restrained police department in the country.”

Other measures that passed the Senate and are expected to clear the Assembly include:

“These are tough issues and we’ve been working through them in a cooperative and expeditious manner, and bills are being passed as we speak. As soon as the bills are passed, I will sign them into law, hopefully this week,” he said.

Once signed by Cuomo, the bill will have the force of law immediately.