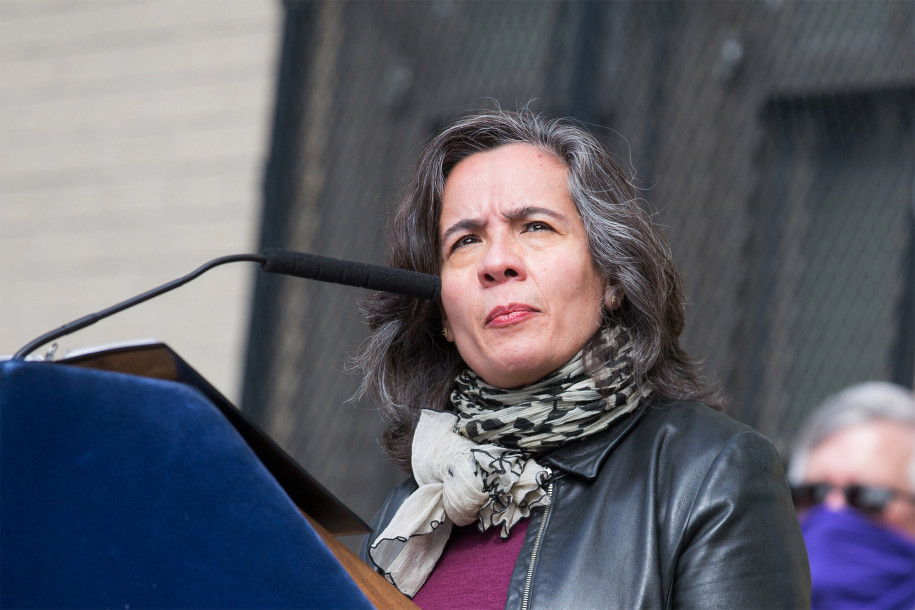 New York City’s health commissioner blew off an urgent NYPD request for 500,000 surgical masks as the coronavirus crisis mounted — telling a high-ranking police official that “I don’t give two rats’ asses about your cops,” The Post has learned.

Dr. Oxiris Barbot made the heartless remark during a brief phone conversation in late March with NYPD Chief of Department Terence Monahan, sources familiar with the matter said Wednesday.

“I don’t give two rats’ asses about your cops,” Barbot said, according to sources.

“I need them for others.”

The conversation took place as increasing numbers of cops were calling out sick with symptoms of COVID-19 but before the department suffered its first casualties from the deadly respiratory disease, sources said.

Although surgical masks don’t necessarily prevent wearers from being infected with the coronavirus, they can prevent people from spreading it to others.

The NYPD has recorded 5,490 cases of coronavirus among its 55,000 cops and civilian workers, with 41 deaths, according to figures released Wednesday evening.

Patrick Lynch, president of the Police Benevolent Association, called for Barbot to be fired over her “despicable and unforgivable” comments.

“Dr. Barbot should be forced to look in the eye of every police family who lost a hero to this virus. Look them in the eye and tell them they aren’t worth a rat’s ass,” Lynch fumed.

In the wake of Barbot’s crass rebuff of Monahan, NYPD officials learned that the Department of Health and Mental Hygiene had a large stash of masks, ventilators and other equipment stored in a New Jersey warehouse, sources said.

The department appealed to City Hall, which arranged for the NYPD to get 250,000 surgical masks, sources said.

The federal Department of Homeland Security and the Federal Emergency Management Agency also learned about the situation, leading FEMA to supply the NYPD with Tyvek suits and disinfectant, sources said.

A source who was present during a tabletop exercise at the city Office of Emergency Management headquarters in Brooklyn in March recalled witnessing a “very tense moment” when Monahan complained to Mayor Bill de Blasio in front of Barbot about the NYPD’s need for personal protective equipment, saying, “For weeks, we haven’t gotten an answer.”

De Blasio, who was seated between Monahan and Barbot, asked her, “Oxiris, what is he talking about?” the source said.

When Monahan said the gear was vital to keeping cops safe, de Blasio said, “You definitely need it,” and told Barbot, “Oxiris, you’re going to fix this right now,” the source said.

Last week, Barbot — who’s been a routine participant in de Blasio’s daily coronavirus briefings — was noticeably absent when Blasio announced that the city’s public hospital system would oversee a major testing and tracing program, even though the DOH has previously run similar programs.

Hizzoner also heaped praise on the head of NYC Health + Hospitals, Dr. Mitchell Katz, saying, “When you have an inspired operational leader, you know, ‘Pass the ball to them’ is my attitude.”

De Blasio named Barbot the city’s health commissioner in 2018 following the resignation of Dr. Mary Bassett, who took a job at Harvard University’s School of Public Health amid an investigation into the DOH’s failure to alert federal officials to elevated levels of lead in the blood of children living in city housing projects.

“During the height of COVID, while our hospitals were battling to keep patients alive, there was a heated exchange between the two where things were said out of frustration but no harm was wished on anyone,” Department of Health press secretary Patrick Gallahue said, noting that Barbot “apologized for her contribution to the exchange.”

“I judged the mayor incorrectly for shifting duties away from her if this is how she feels about her job,” Borelli said, referencing de Blasio’s decision to transfer the city’s testing in trace program from the Department of Health to Health + Hospitals.

Rose tweeted: “This kind of attitude explains so much about City Hall’s overall response to this crisis. Dr. Barbot shouldn’t resign, she should be fired.”