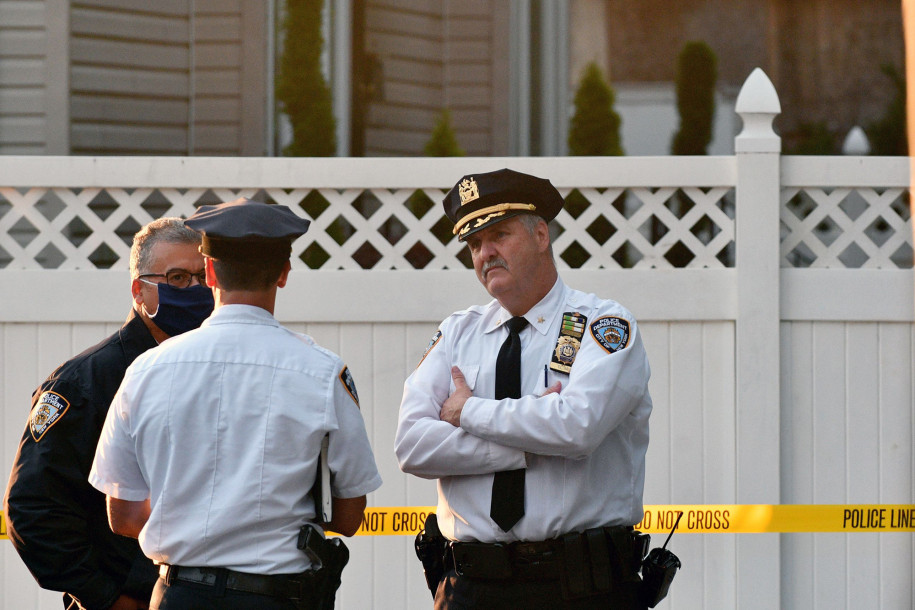 New York’s Finest are putting in for retirement faster than the NYPD can handle — while citing a lack of respect and the loss of overtime pay, The Post has learned.

A surge of city cops filing papers during the past week more than quadrupled last year’s number — as the city grapples with a surge of shootings — and the stampede caused a bottleneck that’s forcing others to delay putting in their papers, officials and sources said.

The NYPD said Wednesday that 179 cops filed for retirement between June 29 and Monday, an astounding 411 percent increase over the 35 who filed during the same period in 2019.

The astonishing rush for the door came as 503 cops filed for retirement between May 25 — the day George Floyd was killed in Minneapolis, sparking anti-cop protests around the country — and July 3, the NYPD said.

That number represents a 75 percent increase over the 287 who filed for retirement during the same time last year, the NYPD said.

Sources said the deluge of applications had overwhelmed the department — due to cancellation of overtime for the workers who process them — and that the number of daily applicants was being limited as a result.

On Tuesday, The Post spotted a line of cops waiting outside the office at One Police Plaza where retirement papers get filed.

“Apparently, the pension section is only taking a certain amount of people per day and I think they are backed up ’til late July, early August,” one cop said.

A spokeswoman for the NYPD confirmed the “surge in the number of officers filing for retirement.”

“While the decision to retire is a personal one and can be attributed to a range of factors, it is a troubling trend that we are closely monitoring,” the spokesperson added.

An NYPD spokeswoman noted that the department is not turning down any applications for officers retiring in the next 30 days — but has told cops putting in to retire after that to come back when a month out due to the increased activity.

Sources blamed the situation — which comes amid an alarming spike in shootings — on growing anti-cop sentiment, coupled with a pending city law that would make it a crime for cops to use chokeholds while trying to subdue violent suspects.

“There’s just droves and droves of people retiring. But there’s no surprise here, who the hell wants to stay on this job?” one cop said.

“Why would you want to stay on this job when people don’t appreciate what you do?”

Sources also said the flood of overtime tied to last month’s protests — which will boost pension payouts for eligible retirees — and the expected loss of overtime due to the recent $1 billion cut to the NYPD’s budget were also factors.

“This is the best time to leave,” one cop said.

“You’ve padded the numbers as high as you can pad them.”

Another cop noted, “When they cut the OT, a lot of people were done.”

“Also, there’s another class hitting their 20th year in September, so that will be another group leaving,” the source added, noting that cops often retire once they hit the minimum requirement for pension vestment.

A Brooklyn cop said the NYPD was facing a “perfect storm,” noting that “cops made the most overtime they will for a long time — at least until next year” and citing rumors that “grade promotions” for detectives and “special assignment money” for sergeants and lieutenants will be canceled.
“You have to be crazy to stay on a job where you are losing money, abused by the people you are trying to protect and not appreciated by the politicians,” the source said.

“It is frustrating — you work on a case and then the suspect is let go,” the 25-year veteran said.

“Why put your job on the line, when no one appreciates you or has your back?”

In a prepared statement, the head of the Police Benevolent Association blamed lawmakers for having “completely dismantled our justice system” and called the rash of retirement applications “one answer to the question on every police officer’s mind: How are we supposed to do our job in this environment?”

“And now that crime is out of control, they want to blame us for that, too,” PBA president Pat Lynch said.

“Whether we have 20 years on the job or only two, police officers are tired of trying to sort out these mixed messages. Many of us are looking elsewhere.”

“Overtime plays a part, it happened in 2008 and 2009 and after 9/11, but this is not about overtime now,” he claimed. “They feel abandoned by the silent majority and they are leaving. They don’t feel appreciated.”