Slashing NYPD budget by $1B will lead to more lawlessness, police unions warn 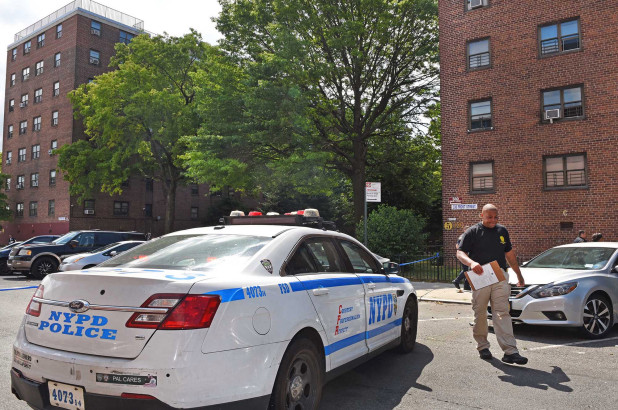 Plans to slash the NYPD’s budget by $1 billion threaten to further plunge the Big Apple into “lawlessness” and it’s the communities that will pay, union officials and police sources said Monday.

“Mayor [Bill] de Blasio’s message to New Yorkers today was clear: you will have fewer cops on your streets,” Police Benevolent Association president Patrick Lynch said in a statement.

“Shootings more than doubled again last week. Even right now, the NYPD doesn’t have enough manpower to shift cops to one neighborhood without making another neighborhood less safe.”

The mayor announced Monday he would cut a sixth of the NYPD’s budget without releasing many specifics. The amount mirrors the cuts championed by police reform advocates, some of whom marched in the city on behalf of George Floyd and other people of color killed by police officers nationwide.

“We will say it again: the Mayor and the City Council have surrendered the city to lawlessness,” Lynch said. “Things won’t improve until New Yorkers hold them responsible.”

“Our elected officials have raised the white flag and the communities they serve will suffer the most,” he said.

“By cutting $1 billion from the NYPD’s budget, Mayor de Blasio and the City Council have signaled every law abiding New Yorker and criminal that public safety is not a priority in our city,” he said in a statement. “The city will continue to experience increased violent crimes — and it will only get worse until elected officials see the very real dangers associated with cutting funds to the police.”

Lieutenants Benevolent Association President Lou Turco was in step with the other unions heads and said: “With skyrocketing shootings turning New York City into the Wild West, our elected officials’ answer is to cut $1 billion from the NYPD budget.”

A long-time NYPD officer, who asked to remain anonymous to protect his job, said with city shootings soaring, residents are already being put in harm’s way.

“Look at the kid who was just killed, the basketball player,” the source said, referring to Brandon Hendricks, a 17-year-old aspiring basketball player who was shot to death in the Bronx Sunday night. “There’s no marching for him. De Blasio’s not even discussing it.”

“They’re running a lawless society and they’re defunding the police department,” the source said. “He’s showing where his loyalties are — with the criminals.”