By Tina Moore and Craig McCarthy 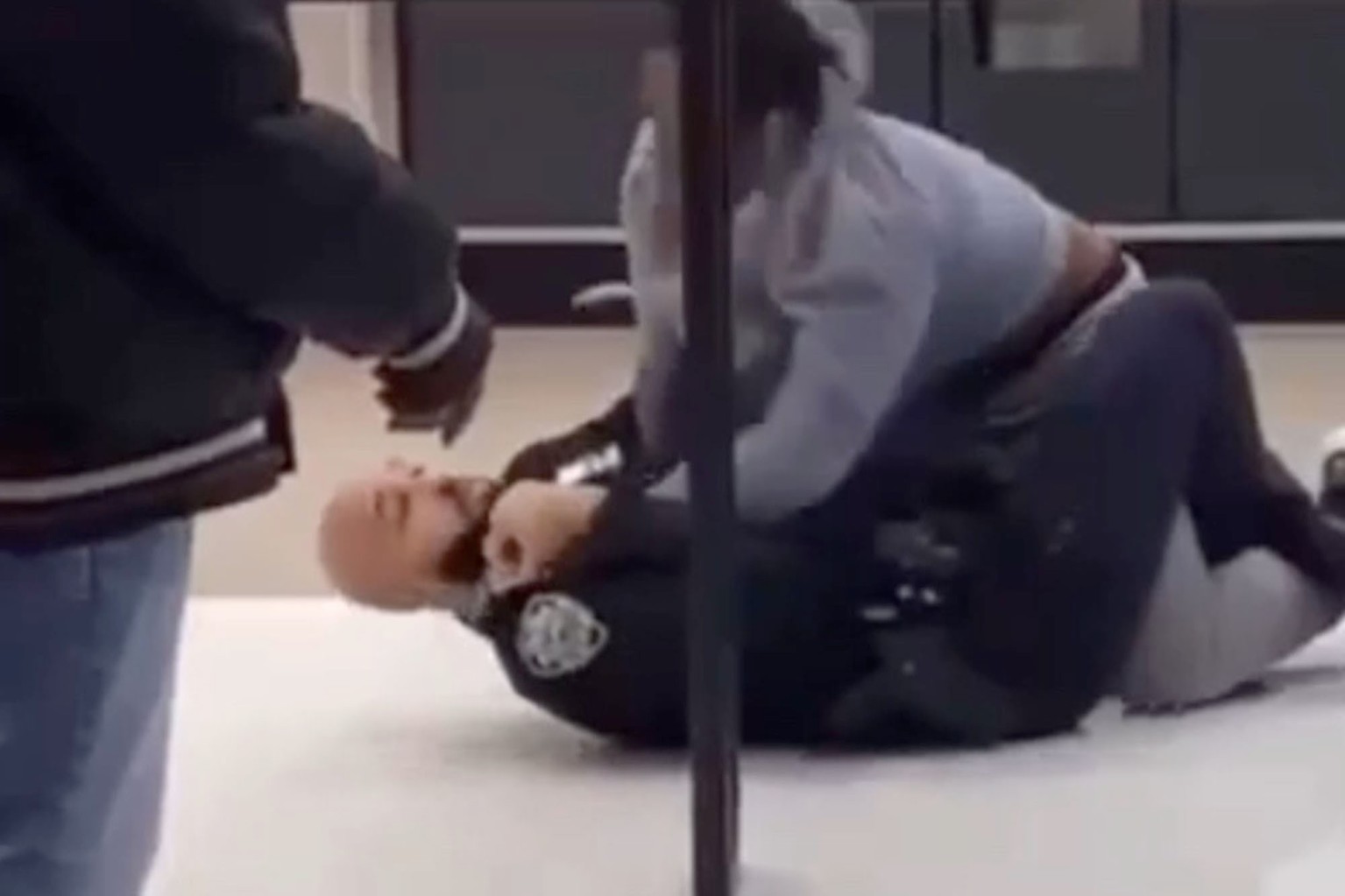 An NYPD officer was attacked inside the Target at Atlantic Terminal in Brooklyn on Nov. 23, 2021. Instagram

An unhinged man attacked an NYPD cop inside a Brooklyn Target on Tuesday and tried to choke the lawman as they wrestled on the ground, new video shows.

The violent encounter happened just after 2 p.m. when the cop spotted the man acting “disorderly and flipping items on shelves onto the ground” in the Atlantic Terminal Mall store, according to the NYPD.

The 44-year-old man, identified as Henroy Johnson, threatened the cop with a bottle before wrestling the officer to the ground and punching him with a closed fist, police said.

At one point, Johnson appears to try to strangle the cop while the officer is on his back, the video shows.

Johnson, who has an address on Bowery in Manhattan, was arrested and charged with assault of a police officer, resisting, menacing and obstruction, according to the NYPD.

The cop, who was working paid detail at Target, was treated on scene for bruises and scratches to his head, eyes and cheek, police said.

“We have a police officer in distress, and nobody helps him. Is this the city we want?” Lynch said in a statement. “Has this become normal? It has to stop. We need your help.