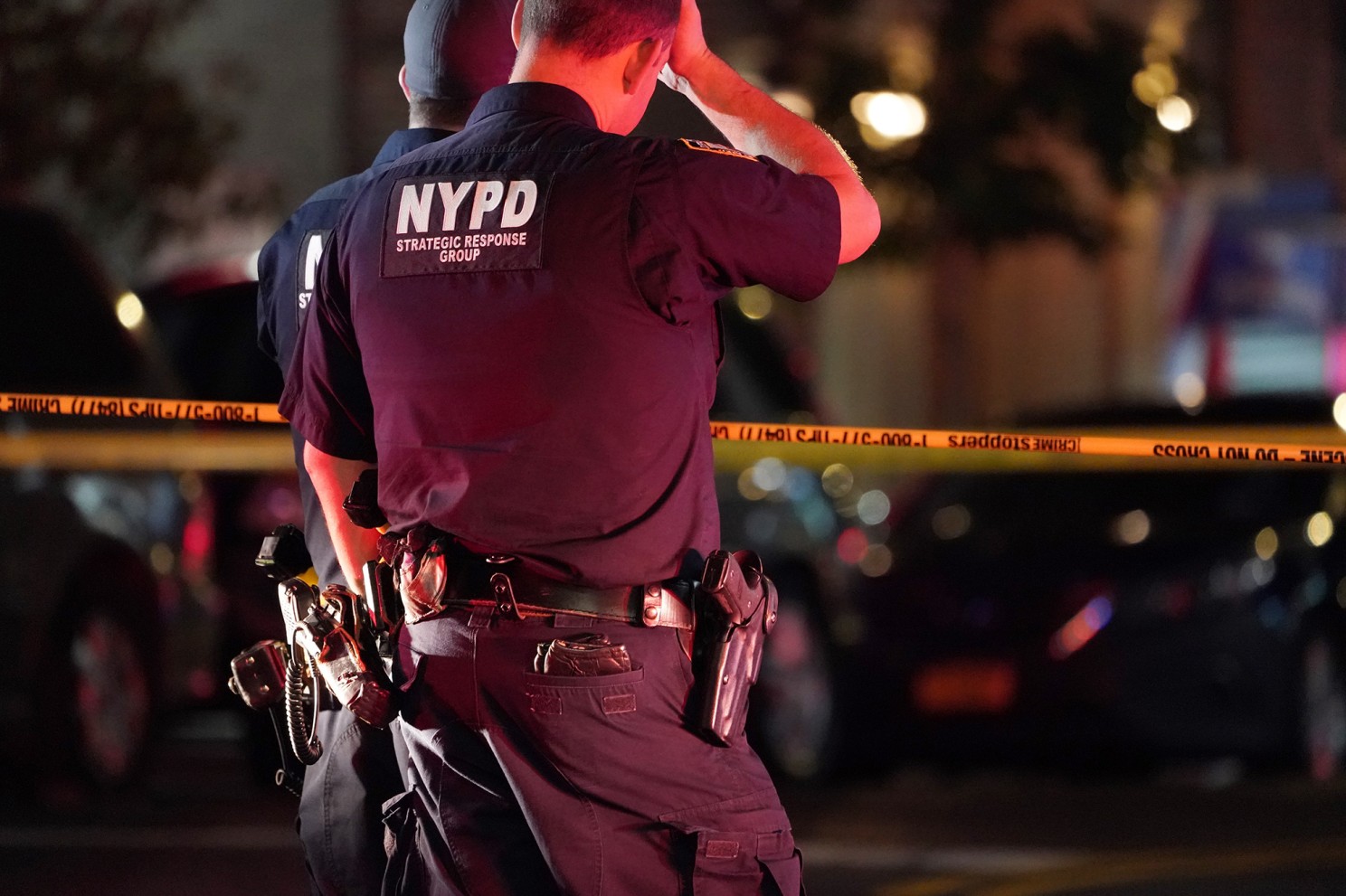 More than half of NYPD cops wish they never joined the force in the first place. Christopher Sadowski for NY Post

More than half of NYPD cops wish they never joined the force in the first place, according to a damning internal department survey of 6,000 uniformed officers obtained by The Post.

The survey is a sobering snapshot of how the Finest feel in an era of George Floyd and Black Lives Matter riots, the Defund the Police movement, bail-reform laws that keep violent offenders out of jail, and legislative measures that put the burden of liability on officers while emboldening criminals. 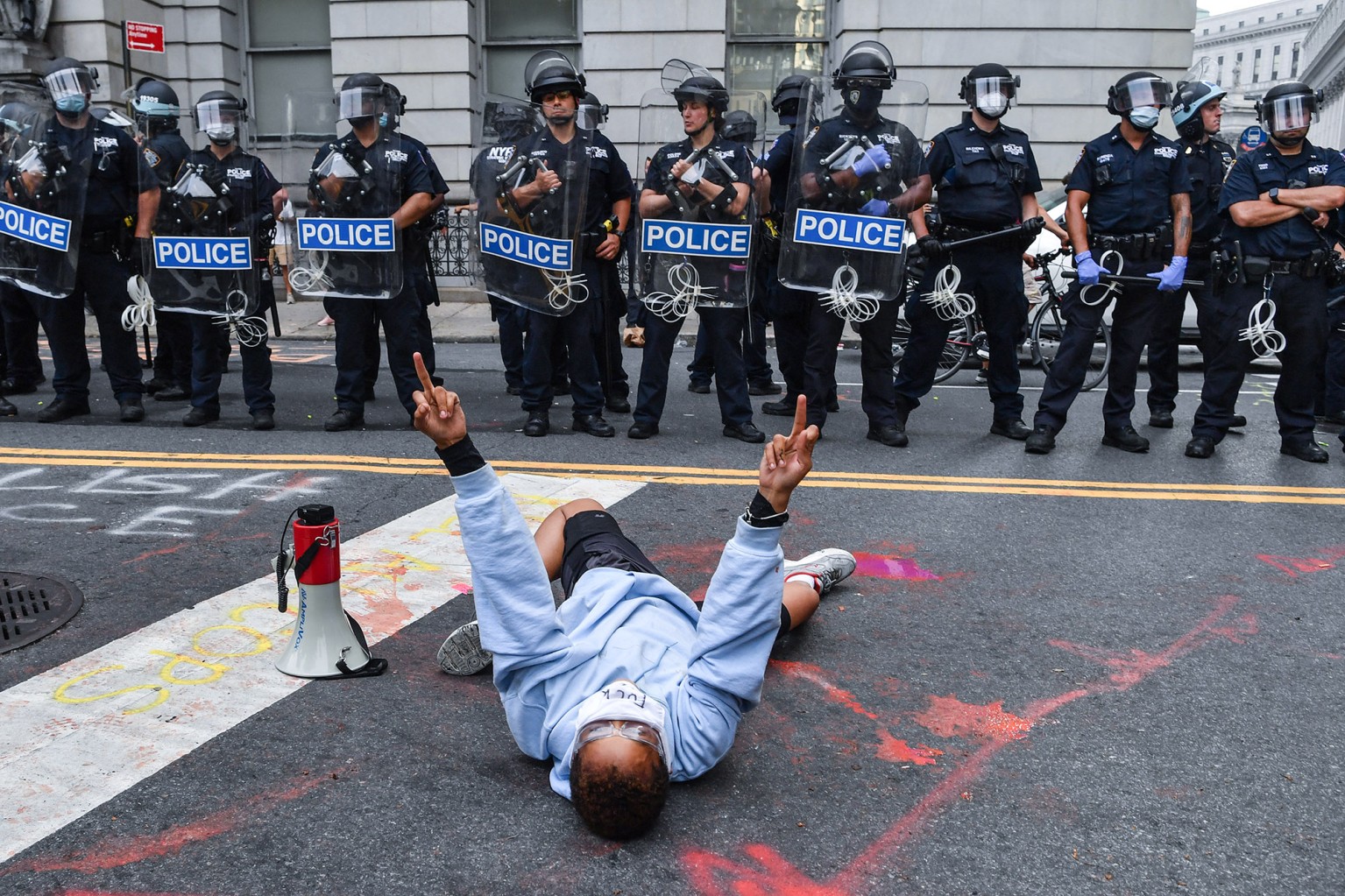 The NYPD was taunted, verbally insulted and abused throughout protests. Paul Martinka for NY Post

“My retirement date is next month,” said one 20-year veteran who took the survey. “I can’t wait to run out of here.”

The officer, who would only provide his first name, Dan, said the job has hit “rock bottom” — and he’s even steered his own son away from a calling that was once proudly passed down from generation to generation.

Most who took the survey think things will only get worse, with 79% of the 5,935 respondents polled in March saying they don’t think the city will be safer in two years.

“The city is absolutely not safe at all. Bail reform. Criminals being released. Everyone knows what’s going on,” the veteran cop added.

Not only did 56 percent of cops say they wouldn’t put on the badge if they had to do it all over again, but a majority feel the public disrespects (46 percent agree, 42 percent disagree) and distrusts (44 to 41 percent) them.

“There is no other profession that is scrutinized as much as we are,” said one NYPD sergeant, a 16-year-veteran. “The far-left leaning politics are absolutely destroying the city of New York.” 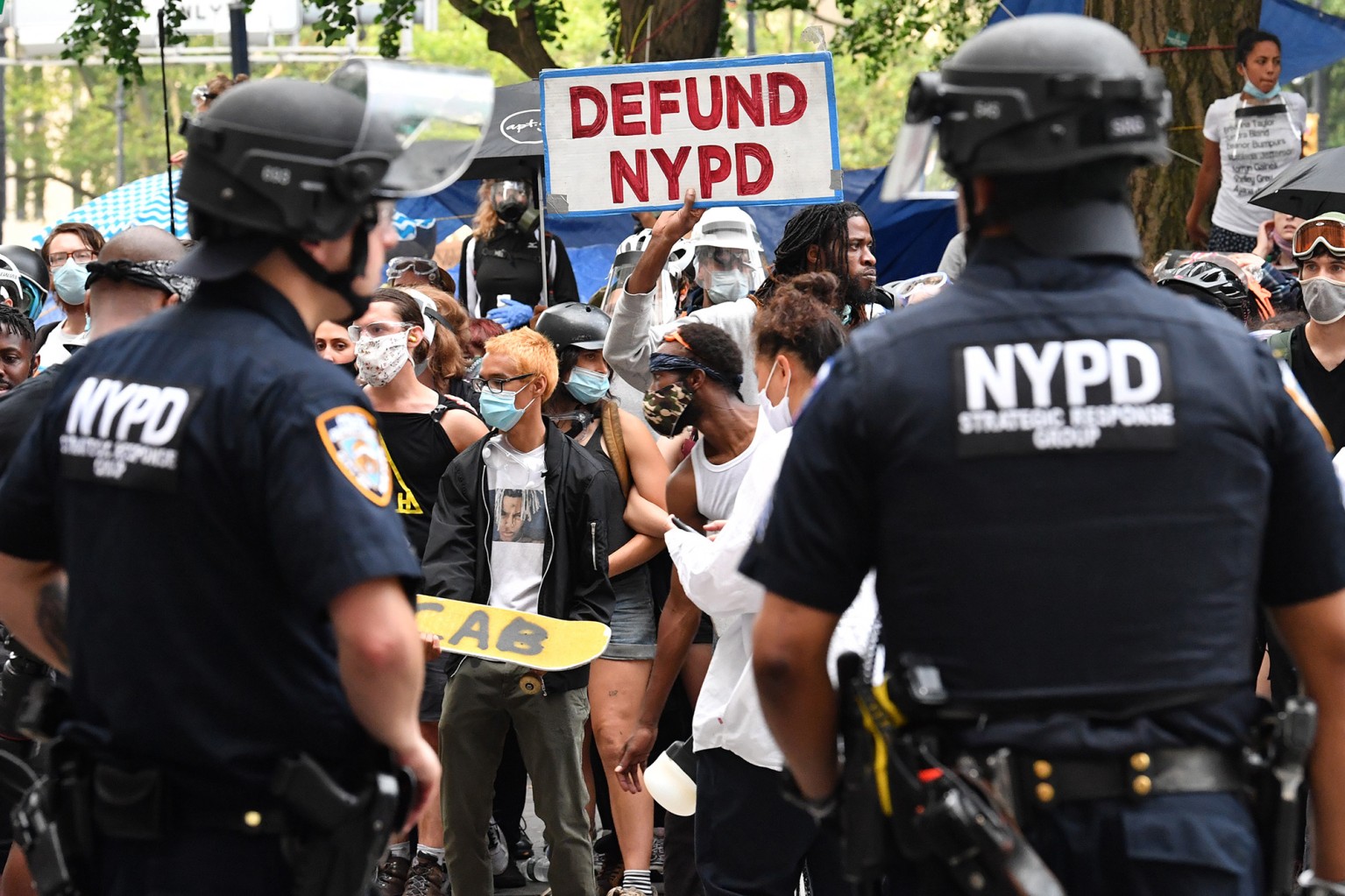 A staggering 80 percent of the officers, detectives, sergeants, lieutenants and captains surveyed now fear aggressively fighting crime because of the threat of criminal liability,  being sued, or being unfairly disciplined.

In March, the City Council passed a series of reforms for the NYPD, including putting an end to qualified immunity for cops, which protected them against civil lawsuits.

Seventy-three percent of cops say the public does not have a  good relationship with the NYPD.

“This doesn’t look good for [Mayor-elect] Adams. Not only is he inheriting a lot of bad legislature from the City Council and Albany, it sounds like he’s getting an apathetic police department,” said Joseph Giacalone, an adjunct professor at John Jay College of Criminal Justice and a former NYPD sergeant.

He continued: “I don’t blame the cops. DAs that don’t prosecute, feckless politicians, removal of [enforcement of] quality-of-life crimes. What can they do? Damned if you do and damned if you don’t.

“The ‘Don’t’ part sounds like a lot less trouble to get in.” 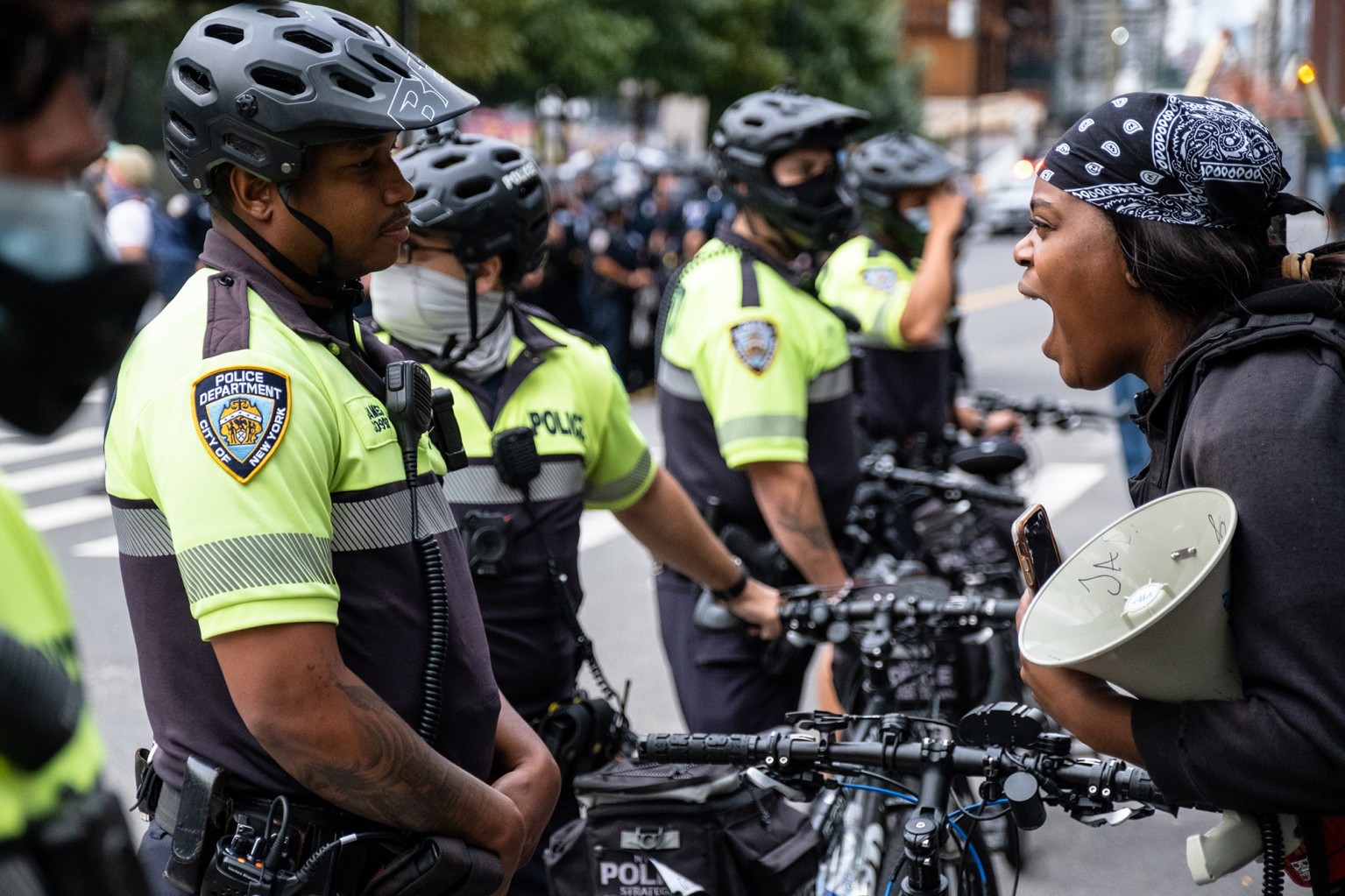 The survey is a sobering snapshot of how the Finest feel in an era of George Floyd and Black Lives Matter riots, the Defund the Police movement, bail-reform laws that keep violent offenders out of jail, and legislative measures that put the burden of liability on officers while emboldening criminals. Stephen Yang for NY Post

“New York City police officers are well past our breaking point, and Mayor de Blasio and the outgoing City Council are still piling on with policies that punish cops and erode public safety,” he said. “The intolerable environment and our substandard pay has every cop looking to get out as soon as they can. Our new leaders have a real mess to clean up. They need to start by supporting the beleaguered cops on the street.”

The NYPD conducted the survey “in an effort to determine how we can improve as a department — both internally and in regard to policing New York City,” NYPD Commissioner Dermot Shea said in a letter to the troops regarding the internal poll.

“We all know the tremendous and unprecedented challenges we faced in 2020, and we also know that there will be more obstacles to overcome. But through it all, you have continued work toward a safer and more stable New York City — and for that, I thank you,” Shea said. 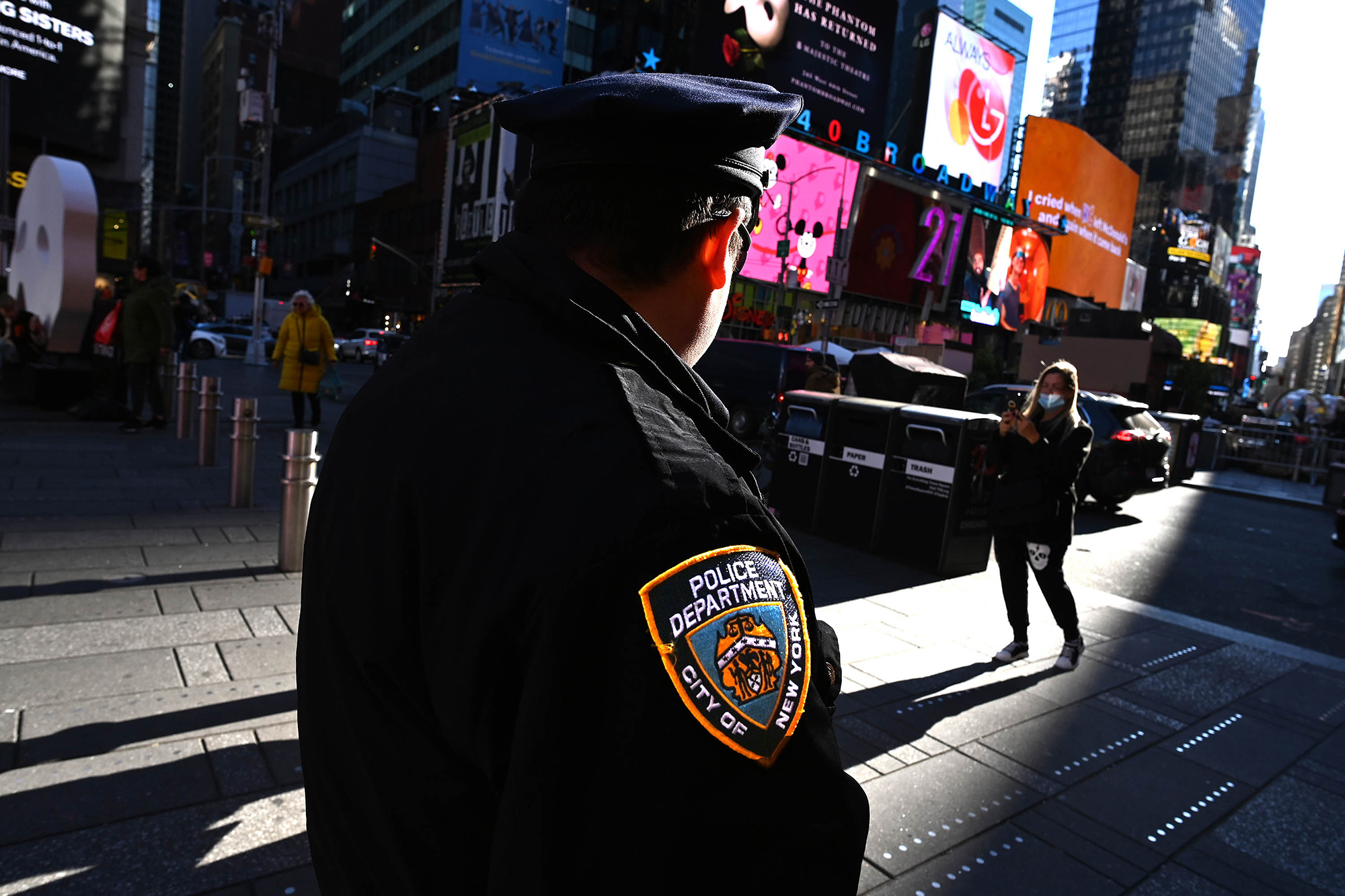 The NYPD conducted the survey “in an effort to determine how we can improve as a department — both internally and in regard to policing New York City.” Helayne Seidman for NY Post

In 2016, the city’s police union conducted a survey in which the vast majority of NYPD officers who responded said they disliked their jobs and believed they were a lot safer before Mayor de Blasio took office.

In that poll, cops rated morale at an average of just 2.49 on a scale of 1 to 10. A similar measurement was not included in the recent department survey.

The new data offers a window into that discontent, with 73% of the respondents saying “outstanding” cops fail to “receive appropriate recognition.” A telling 78% said they don’t feel supported by the Department.

Fewer than half of the officers (2,616) live within city limits.

The lure of greener pastures, better pay and “negatives experiences with the NYPD” were overwhelming reasons to say adieu to the Blue, the poll results show.

As the Post has reported, some cops are fleeing the Big Apple for pro-cop cities, such as Lakeland, Fla., population 108,000. That city mounted an aggressive social media campaign targeting local cops earlier this year and bagged 14 NYPD officers.

Asked to comment on the cratering morale among rank and file cops, the NYPD said on Saturday afternoon: “By hearing directly from the men and women of the NYPD, we can check on our progress and help inform ongoing improvements. The results stand to guide and contribute to our efforts to build an even stronger and more effective NYPD.”