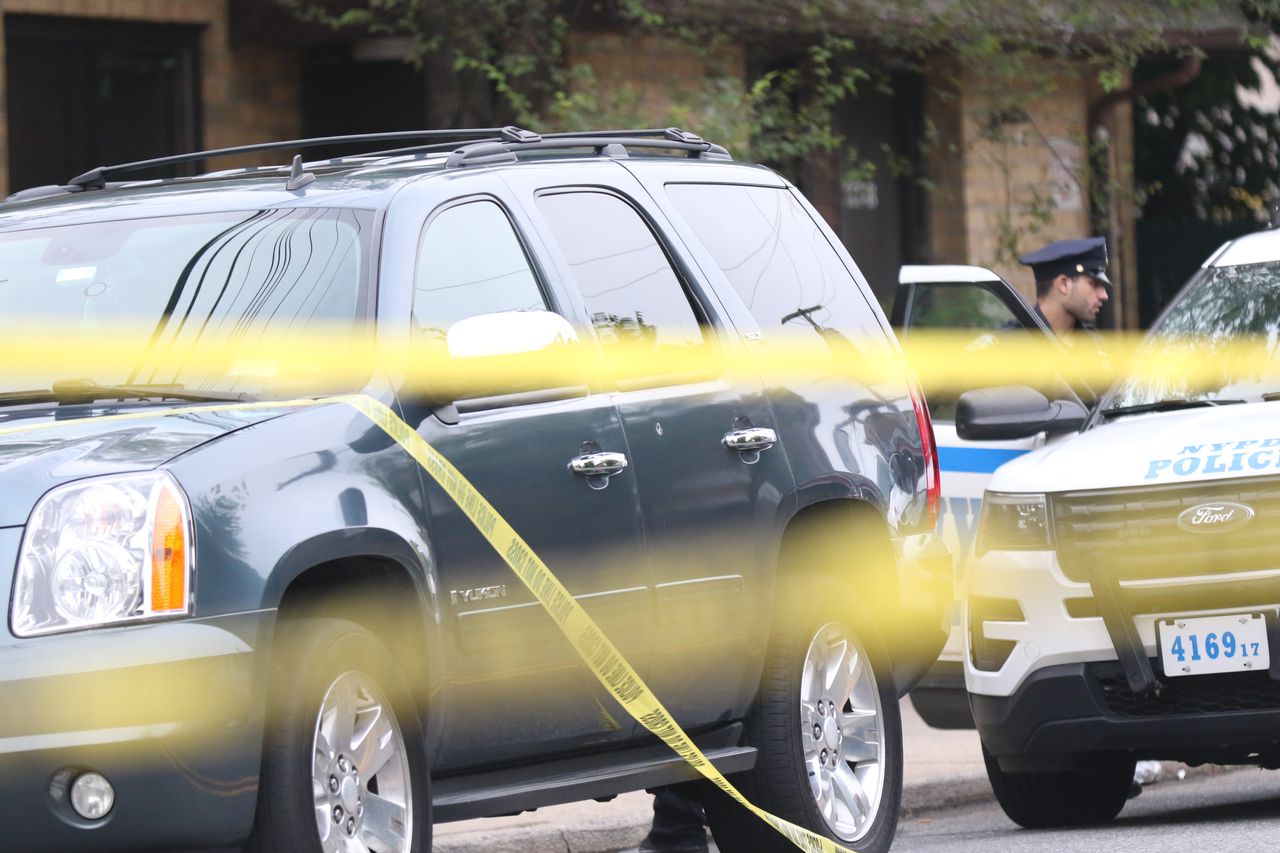 In this 2019 file photo police investigate a shooting on Jersey Street in New Brighton, blocks from where a 28-year-old man was shot earlier this week.(Staten Island Advance/ Jan Somma-Hammel)

STATEN ISLAND, N.Y. -- Days after the disbandment of the NYPD’s anti-crime unit, parts of the borough’s North Shore are like “the Wild West,” explained a law enforcement source with ties to the former unit.

As part of a sweeping effort by city and state leaders to build trust between residents and police in low-income, high-crime areas, the plain clothed unit was eliminated earlier this month by Police Commissioner Dermot Shea.

The unit was comprised of about 600 officers spread across New York City precincts and housing projects.

While often effective in removing guns from high-crime neighborhoods, the unit also has been tainted over the years by what Shea has described as a disproportionate “percentage of complaints and shootings.”

The transition to a department now without the unit has seen a spike in shootings across the city.

Since Sunday, three men between the ages of 15 and 28 have been shot within the confines of Staten Island’s 120th Precinct, as police and emergency medical crews responded to non-fatal shootings in New Brighton, Concord and Clifton.

Wednesday night, nobody was injured in a fourth incident, a drive-by shooting in New Brighton.

There also was a shooting reported June 15, according to CompStat data, which is the day Shea made the announcement.

According to the latest NYPD CompStat data, which runs through June 21, 14 people have been shot on the North Shore, which encompasses both the 120th and 121st precincts.

That figure — which does not include this week’s spate of shootings — already represents twice the number of victims reported during the same time last year.

Prior to the departmental shift, anti-crime units assigned to those precincts were tasked primarily with “pounding the pavement to remove guns,” the source said.

Though city leaders have conveyed a different idea of anti-violence moving forward, in part by increasing funding for civilian-led organizations already working in the same neighborhoods as plain clothed police, under the umbrella of Crisis Management System and Cure Violence.

Speaking about children and teens who experience trauma through no fault of their own, “some times they take that trauma, that pain, and lash out at those around them,” she said.

Conversely, the president of the city’s largest police officers union has railed against the several police reforms passed at both the city and state level in a short amount of time, amid weeks of civil rights protests across the U.S.

At a recent press conference held by Mayor Bill de Blasio, Life Camp Inc. CEO and veteran community organizer Erica Ford said her mission is to heal and rehabilitate civilians, and police officers, who have been traumatized over the years in high-crime areas.

On Saturday, shootings in New York City were happening at a rate of one per hour, followed by more incidents Sunday.

Police responded to 53 incidents on the week ending June 21, compared to 12 during the same time period last year, according to the city’s CompStat data.

Responding to the spike, one NYPD chief pointed to gun-possession defendants being released immediately due to court closures amid the coronavirus shutdown, according to a New York Post report.

Courts had been operating remotely for more than three months since the start of the citywide shutdown.Two weeks ago, courts entered Phase 1 of the re-opening process, which marked the return of judges, their staff and some court personnel to courthouses. On Wednesday, they entered Phase 2, during which essential family matters are conducted in-person and heard by the assigned judge.

But for the vast majority of civil, criminal and Family Court cases, judges continue to conduct matters virtually to limit courthouse traffic and minimize the risk of transmitting the virus.

While effective over the years in removing weapons from the streets and keeping tabs on repeat violent offenders, the NYPD’s anti-crime unit came with decades of controversy.

Former officer Daniel Pantaleo was a member of the unit when he placed what an NYPD judge deemed a banned chokehold on Eric Garner, during an arrest for allegedly selling loose cigarettes. Pantaleo was fired last year, after a Staten Island grand jury and the U.S. Department of Justice both declined to pursue criminal charges.

Earlier this month, a retired NYPD spokesman took to Instagram with what he describes as a “horrible injustice” in regard to the 2014 incident in Tompkinsville, saying in part, “we punished him for resisting arrest.”

Citywide, the unit has had a history of high-profile shootings and deaths, while year-over-year, the cops in the patrol account for more than half of police-involved shootings, according to a New York Post report.

The disbandment of the unit closes “one of the last chapters” of the “stop, question and frisk” era, Shea said during the June 15 announcement.

A federal judge in 2013 ruled that stop and frisk was being carried out in an unconstitutional way, often targeting minorities. Since then, the number of stops decreased by more than 90%. However, data released earlier this year showed an uptick from 2019 to 2020.

The commissioner’s move is one of several reforms to police departments across the U.S. following centuries of friction over life altering issues including police-involved killings of unarmed Black men, and disproportionate marijuana-related incarcerations in low-income areas.

Meanwhile, cops on the ground have told the Advance/SILive.com recently they feel overworked, under-appreciated and unfairly persecuted for the admitted misdeeds of a small number of officers.