Police took a suspect into custody after the second shooting; the injured officers are expected to recover

By Ben Chapman and Katie Honan 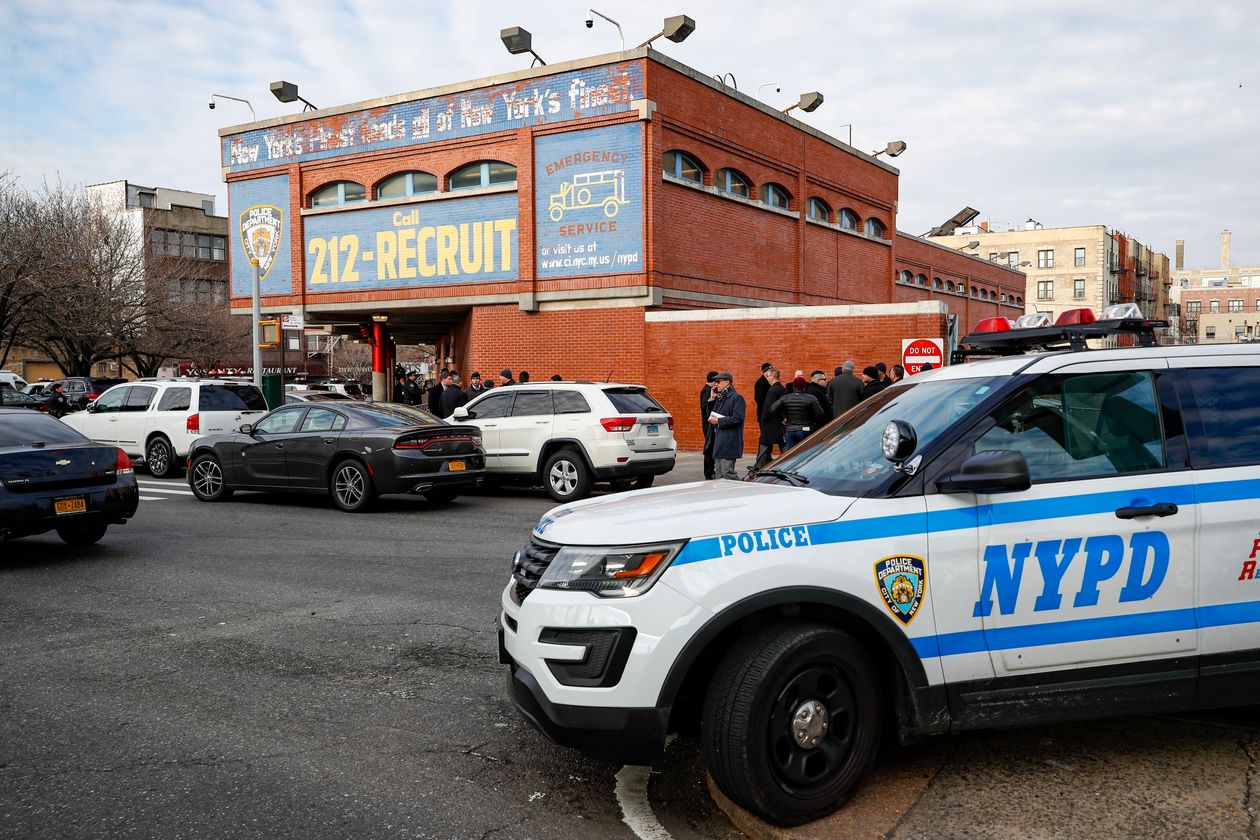 New York Police Department officers work the scene of a police involved shooting outside the 41st Precinct in the Bronx on Sunday.
PHOTO: JOHN MINCHILLO/ASSOCIATED PRESS

Two on-duty New York Police Department officers were shot in the Bronx within hours of each other over the weekend, in two incidents that police and city officials called assassination attempts.

Police took a suspect into custody after the second shooting, in which a gunman opened fire on officers in the NYPD’s 41st Precinct station house at 7:56 a.m. Sunday, officials said.

Investigators are confident the suspect captured for the shooting at the station house is responsible for both attacks, NYPD Commissioner Dermot Shea said at a news conference Sunday morning.

“This is not a crime gone bad,” Mr. Shea said. “This is not a liquor-store robbery interrupted that a tragedy erupts from. This is a premeditated assassination attempt.”

The officer who was struck in the precinct shooting is in stable condition at Lincoln Hospital, officials said, while an officer shot Saturday evening left the hospital on Sunday to a cheering line of NYPD officers and officials, including Commissioner Shea. He was with his wife and brother, a spokesman said.

The shooting at the station house occurred just hours after a gunman opened fire on two officers in a police van blocks away on Saturday night, injuring one. The gunman, identified as Robert Williams by a police official, walked into the Bronx precinct building just before 8 a.m. Sunday, immediately pulled out a gun and fired multiple rounds toward the desk area, where several police officers in uniform were present.

He then walked into an area near the front of the precinct and again fired shots at point-blank range directly at uniformed officers and a civilian police department employee. One lieutenant with 15 years on the police force was shot through the upper left arm and returned fire toward the suspect but didn’t strike him.

The suspect immediately surrendered after he ran out of bullets, Mr. Shea said. Police quickly took him into custody and seized the gun, which investigators are working to link to the Saturday attack on police.

New York City Mayor Bill de Blasio said in a statement on Twitter Sunday morning that he was relieved the gunman in the second shooting was in custody.

“This vicious assassination attempt is the second one we’ve seen in 24 hours—and an attack on our NYPD officers is an attack on ALL New Yorkers,” Mr. de Blasio said.

In the first shooting, two uniformed officers were sitting in a marked NYPD van parked on a commercial street in the Morrisania section of the Bronx at around 8:30 p.m. Saturday when a man approached the van and initiated conversation with the officers.

The man produced a firearm and began shooting at the officers, striking the operator of the vehicle in the neck and the chin, Mr. Shea said at a news conference late Saturday night. The officer, identified as Paul Stroffolino, was able to drive away and was treated for his injuries at Lincoln Hospital.

Police officials declined to release the identity of the second officer in the van. The officers were conducting a street patrol when they were attacked, a NYPD spokesman said.

Mr. Shea said the injured officer was lucky to survive. “It’s a miracle we are not here under worse circumstances,” Mr. Shea said.

The suspected shooter had been released on parole in 2017, Mr. Shea said. He had been convicted of attempted murder for a 2002 incident where he shot someone, carjacked a woman, crashed the car and then got into a gunfight with officers. 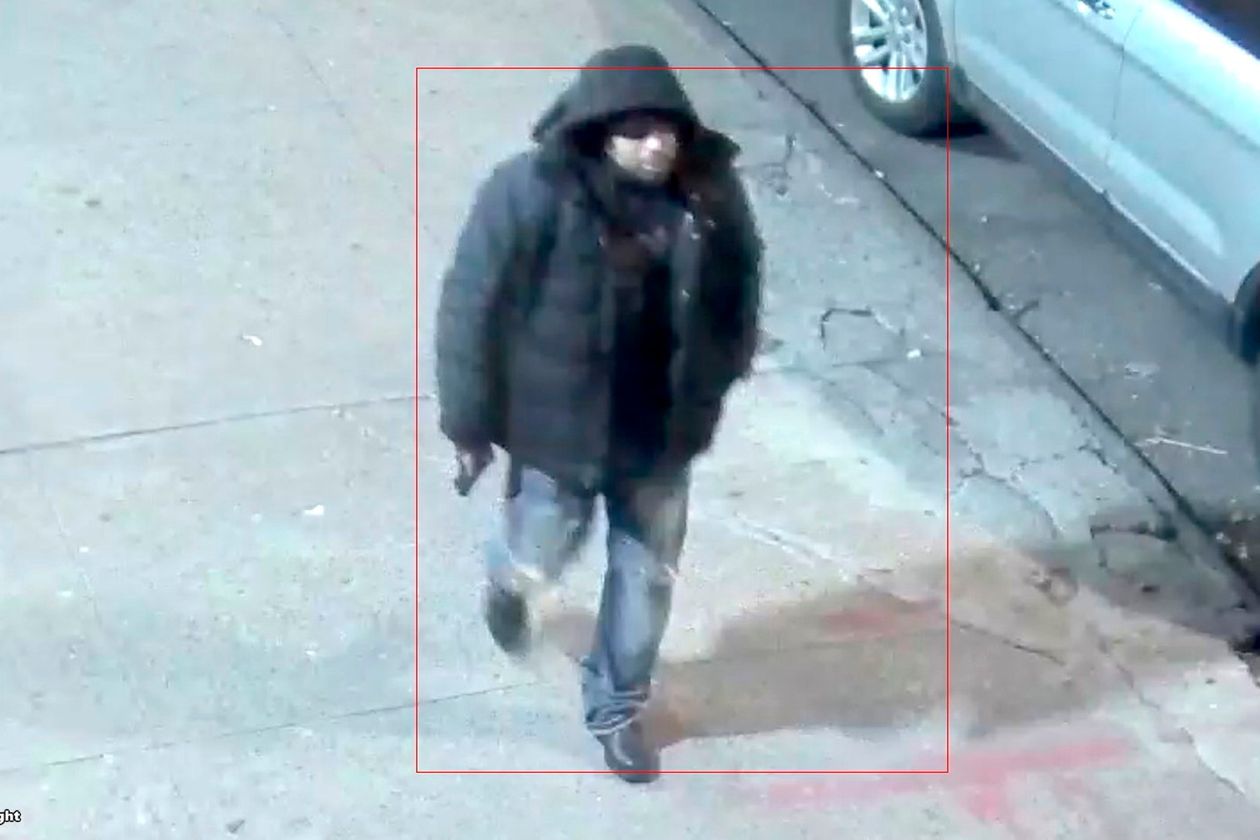 This image is taken from video provided by the NYPD. One police officer was wounded when a gunman fired into a police van on Saturday night.
PHOTO: NEW YORK POLICE DEPARTMENT/ ASSOCIATED PRESS

The suspect has had one “recorded incident” since and is due in court for that case in the coming days, according to Mr. Shea.

The attacks recalled the 2014 assassinations of officers Wenjian Liu and Rafael Ramos in Brooklyn as they sat in a squad car by lone gunman Ismaaiyl Brinsley. Both officers were posthumously promoted to the rank of detective.

“It is a double miracle that we are not preparing for two funerals right now,” said Patrick J. Lynch, president of the Police Benevolent Association. “These targeted attacks are exactly what we have warned against, again and again. The hatred and violence directed at cops continues to grow.” 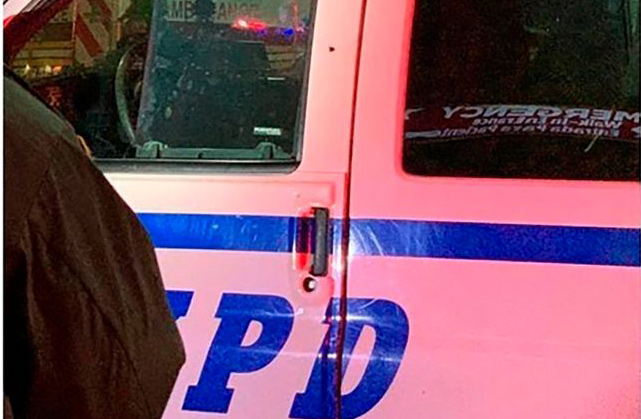 This photo provided by the New York Police Department shows a police van with a bullet hole above the door handle after a shooting in the Bronx.

The mayor, police commissioner and police union officials urged an end to antipolice rhetoric. Mr. Shea brought up protests in the past few weeks against police enforcement in the New York City subway system, drawing similarities to the 2014 assassinations of police officers whose shootings came after police protests.