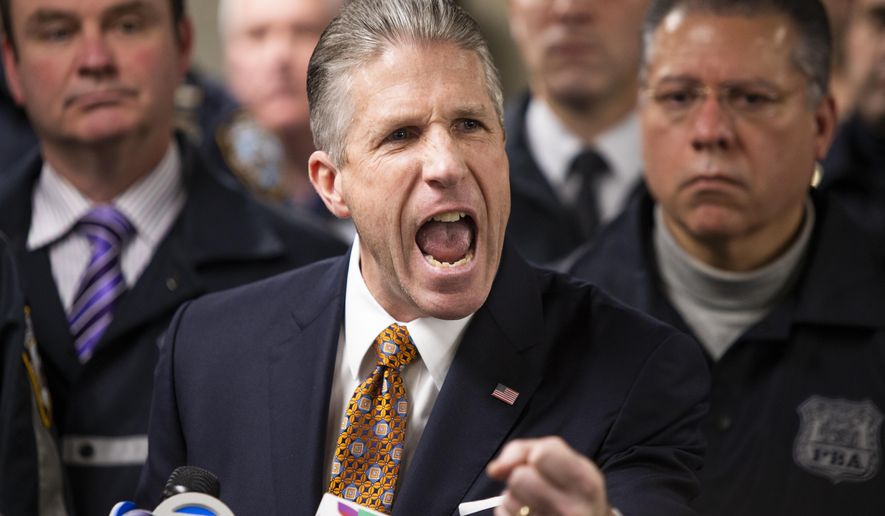 Patrolmen's Benevolent Association President Patrick J. Lynch, left, speaks with the media at the Bronx Criminal Court after NYPD Lt. Jose Gautreaux, who was shot in the arm by a gunman who opened fire in a police precinct in the Bronx, was released from Lincoln Hospital, Monday, Feb. 10, 2020, in New York. (AP Photo/Eduardo Munoz Alvarez)

Patrick Lynch, president of the New York City Police Benevolent Association, on Thursday said President Trump is a friend of law enforcement while Democrats “surrendered” the streets during recent unrest.

“Democratic politicians have surrendered our streets and our institutions,” Mr. Lynch said on the final night of the Republican National Convention. “I have been a New York City police officer for 36 years…I’ve never seen our streets go this bad so quickly.”

“Unlike the Democrats, who froze in the face of rioting and looting, President Trump matches his words with his actions,” Mr. Lynch said. “He gives law enforcement the support and the tools we need to go out there and put a stop to it - period, end of story.”