Cop-Killer Receives Parole, Accomplice Could Be Next 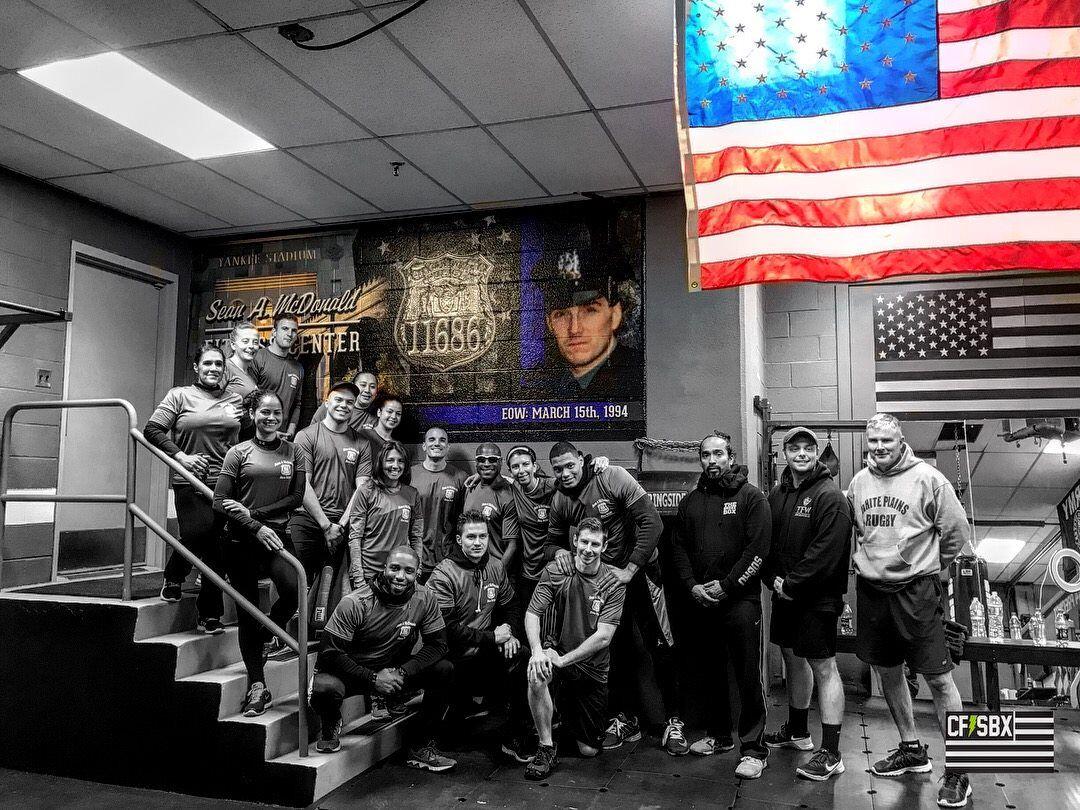 FITTING MEMORIAL: Above, the March 2018 dedication of the Sean A. McDonald Fitness Center at the 44th Precinct in The Bronx on the 24th anniversary of the NYPD Police Officer's shooting death. One of Officer McDonald's convicted killers will be released next month. Courtesy of the NYPD/44th Precinct

One of two men convicted of fatally shooting an NYPD Officer 27 years ago following a robbery in The Bronx will leave prison next month, while the other was granted a new parole hearing, with both decisions condemned by the Officer’s family and his union.

P.O. Sean McDonald, a second-year cop assigned to the 44th Precinct in the southwest Bronx, was guarding a condemned building in High Bridge on March 15, 1994, when he was alerted to a possible robbery in a nearby outlet. He stopped two men inside the store, patted one down and was frisking the second when the first man drew a gun and fired, striking the 26-year-old married father of three children at least five times.

Although critically injured, he managed to radio his whereabouts and call for assistance. He was taken to Columbia-Presbyterian Medical Center, but would succumb to his injuries a short time later.

The two men, Javier Miranda and Rodolfo Rodriguez, were arrested days later. Eventually convicted of murder, robbery and other counts, they were sentenced to 25-years-to-life.

Mr. Rodriguez, now 47, will be released as early as next month, according to the Police Benevolent Association. His accomplice, Mr. Miranda, 55, successfully appealed a parole decision against his release and will be granted a new hearing, the union said.

Officer McDonald’s widow, Janet McDonald, said she learned of both the impending release and the successful appeal within two days.

“It was a horrible thing to learn,” she said in a statement provided by the PBA. “I found myself crying for the whole 48 hours.”

Andrew McDonald, a retired NYPD Detective who had responded to the shooting not knowing that it was his brother who had been shot, blamed what he called the prevailing sentiment in the state capital for the release of one of his brother’s killers and the potential release of the other.

“I can’t help feeling it’s all a part of the ‘woke’ political atmosphere in Albany these days,” he said.

The two men are among dozens still in prison convicted for the killings of officers between 1972 and 1995, which the PBA noted is the period between the abolition of the death penalty in New York State in 1972 and the imposition of life without parole--after the death penalty was approved by the Legislature and Gov. George Pataki in 1995-- now the usual sentence for convicted cop-killers.

“Once again this parole board tortures the families of our fallen heroes,” the PBA’s president, Patrick J. Lynch, said. “It’s the latest chapter in the board’s shameful legacy in the Andrew Cuomo era.”

According to the PBA, the State Parole Board has released 22 people convicted of murdering police officers, including Mr. Rodriguez.

Andrew McDonald said the board appeared disinterested in considering victims’ impact statements when considering whether to release his brother’s killers.

“When I’ve delivered my last couple of victim’s impact statements,  I’ve noticed a perfunctory attitude when they listen to our stories,” he said. “Like the evilness of the crime or the pain it causes are not factors to be considered.”