By ROCCO PARASCANDOLA and JOHN ANNESE 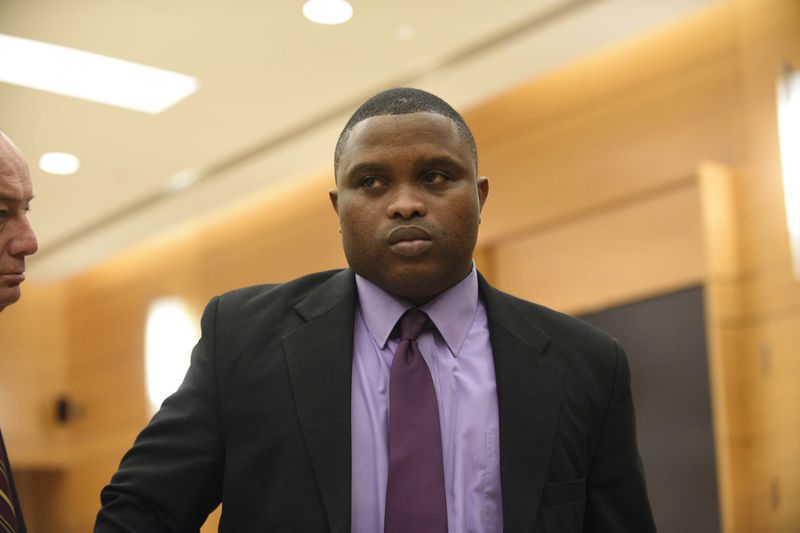 NYPD Officer Wayne Isaacs leaves court during a break between the defense and the peoples cross examination in court at the Brooklyn Supreme Courthouse in Brooklyn, New York in this file photo. (Barry Williams / for New York Daily News)

The NYPD will bring disciplinary charges against an officer who killed a man in a 2016 Brooklyn road rage incident — more than three years after a jury cleared the cop of criminal responsibility.

Officer Wayne Isaacs is still on the job after he fatally shot Delrawn Small while off-duty on July 4, 2016; an internal NYPD review determined Isaacs didn’t violate use-of-force rules in the slaying.

In October, the Civilian Complaint Review Board substantiated an excessive force complaint and recommended Isaacs, 42, face disciplinary charges. On Tuesday, the NYPD announced the watchdog agency would get its chance to prosecute those charges at an internal trial, the Daily News has learned.

CCRB Chairman Fred Davie said, “We are glad this case is moving forward, and I am hopeful the Deputy Commissioner of Trials’ office and Police Commissioner will concur with the CCRB’s findings following our prosecution of this case.”

After the CCRB substantiates a complaint against an officer, it’s up to the police commissioner to agree to serve that officer with disciplinary charges.

“We have been informed of the CCRB’s intention to go forward with this case. The NYPD will cooperate with the CCRB in every way,” said Police Commissioner Dermot Shea.

“The level of disrespect our family has had to deal with and the pain we’ve had to endure is outrageous, but this is how the de Blasio administration and NYPD treat families of New Yorkers killed by police,” they said in a statement.