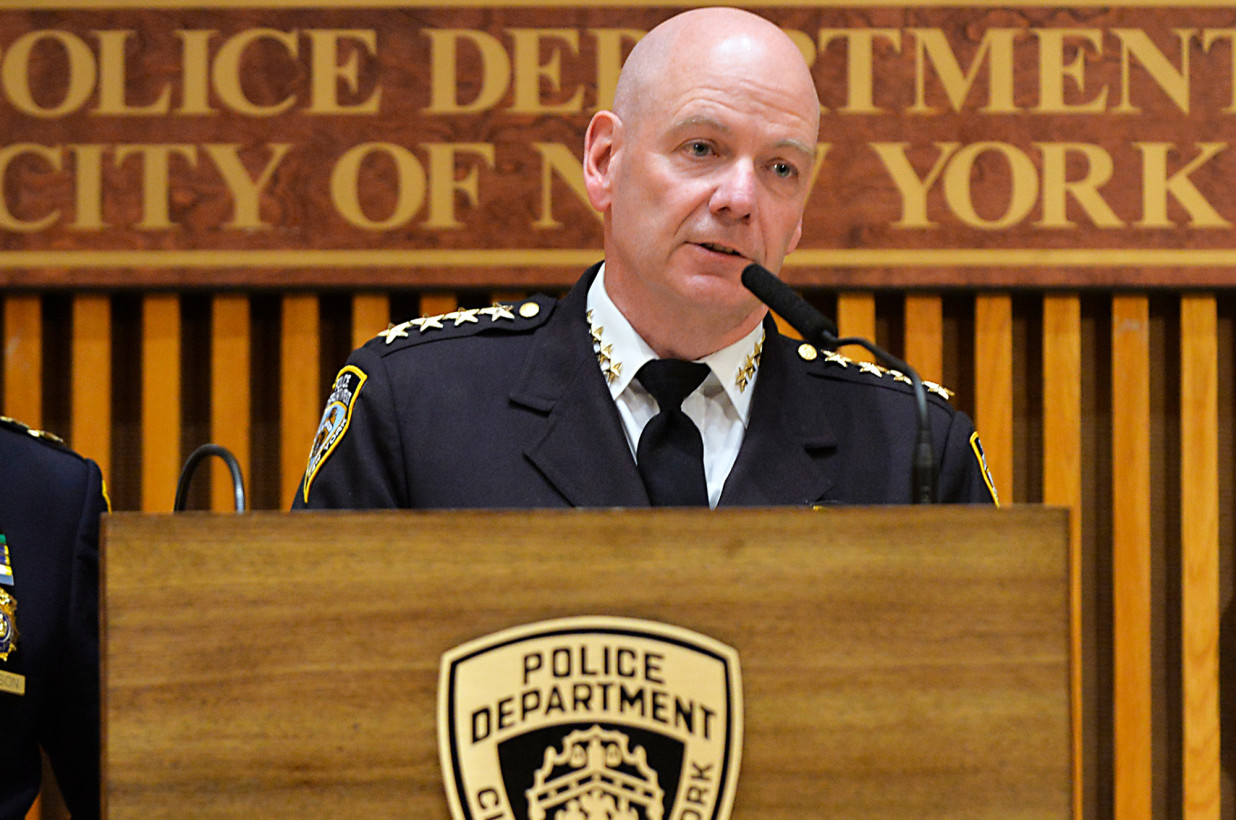 A top NYPD boss admitted Wednesday that cops are making fewer arrests in the wake of Officer Daniel Pantaleo’s firing — a slowdown that comes ahead of the often violent Labor Day weekend.

Between Aug. 19 — the day Pantaleo was fired by NYPD Commissioner James O’Neill, citing his use of a prohibited chokehold in the fatal arrest of Eric Garner — and Aug. 25, arrests plunged 27 percent compared to the same period in 2018, with cops making 3,508 busts this year as opposed to 4,827 for the same period last year.

The issuance of criminal summonses also cratered 29 percent during the stretch, from 1,655 to 1,181.

One high-ranking source said that two of the “biggest decreases” have been in stops of unlicensed drivers and turnstile-jumpers — relatively minor offenses that can uncover more serious crimes, according to the “broken windows” theory of policing.

Sources attributed the precipitous drop to the so-called “Pantaleo Effect” — officers’ unwillingness to go the extra mile and risk a career-ending altercation like Pantaleo’s botched arrest of Garner.

Even as Monahan conceded the slowdown, he insisted cops are doing a bang-up job.

“They are not going to make the city any less safe,” Monahan said. “They are upset. I know they are upset, but they are doing their job as well as they’ve ever done. I have no fear that they would allow anyone to get hurt.”

He pointed out that more serious arrests have held steady since the slowdown began.

Monahan stressed that cops will answer the call for any unrest at J’Ouvert, which has historically drawn hundreds of thousands of revelers — and violence. 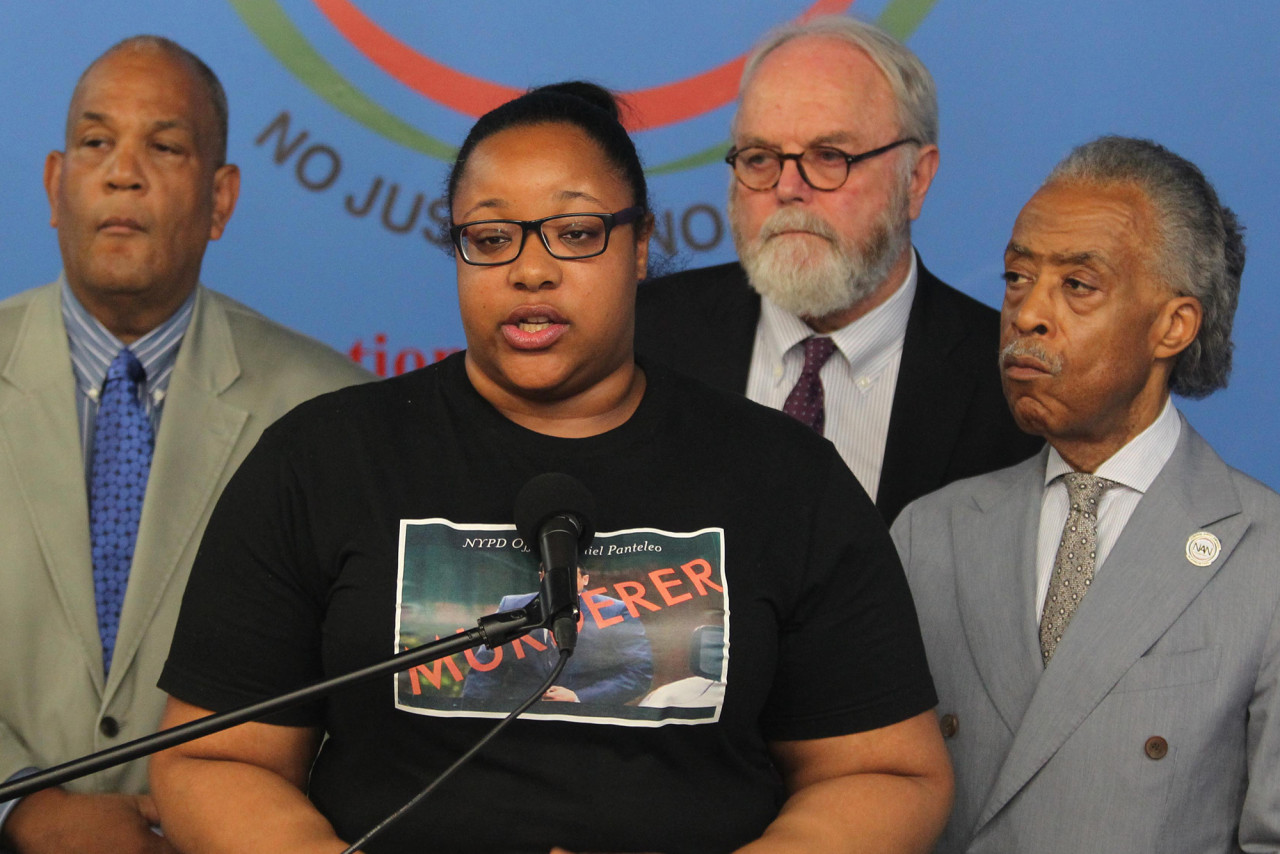 Emerald Snipes, daughter of Eric Garner, speaks during a news conference with the Rev. Al Sharpton at the National Action Network in Harlem. Photo: G.N.Miller

Responding to the vote and the slowdown, the NYPD said: “The Department stands with its officers, and will always support them and the brave work that they do.

“As the Police Commissioner has said before, his heart and soul are with the NYPD, and he is honored to lead this Department as it continues to drive crime to historically low levels.”