PBA chief calls for vote of ‘no confidence’ in de Blasio, O’Neill 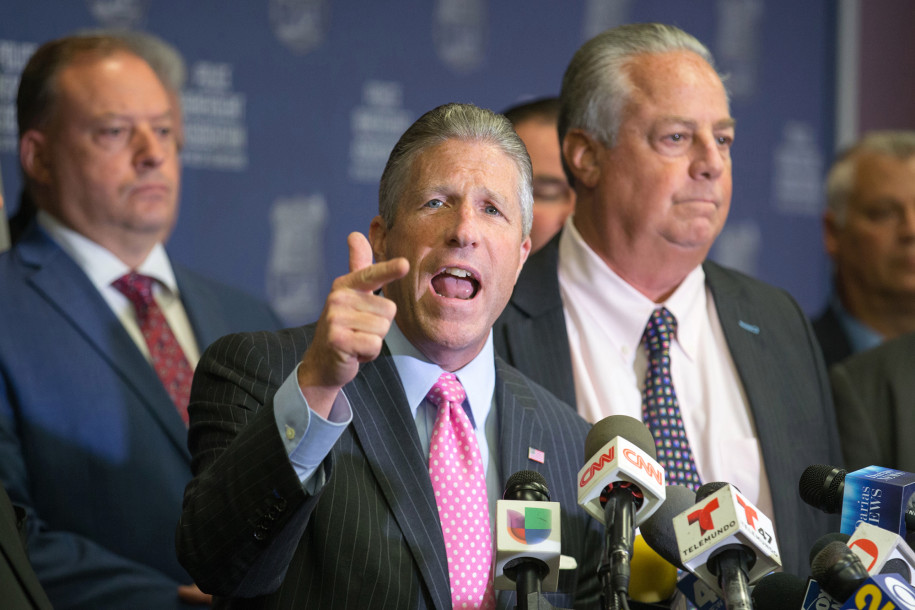 PBA President Patrick Lynch speaks at a news conference after officer Daniel Pantaleo was fired over the death of Eric Garner. William Farrington

O’Neill announced his morale-crushing decision just weeks after cops endured a spate of brazen water-bucket attacks and little more than a day after three officers were injured during a melee in Brooklyn.

In response to Pantaleo’s dismissal, the head of the Police Benevolent Association angrily called for a union vote of “no confidence” for both O’Neill and Mayor de Blasio.

“It’s absolutely essential that the world know that the New York City Police Department is rudderless and frozen,” PBA President Patrick Lynch said standing before an NYPD flag hung upside-down in a signal of distress.

“The leadership has abandoned ship and left our police officers on the street alone, without backing.”

During a news conference at PBA headquarters in lower Manhattan, Lynch also held up the front page of Monday’s Post, which quoted the union describing the “chaos” that erupted at the Marcy housing project in Brooklyn late Saturday night. 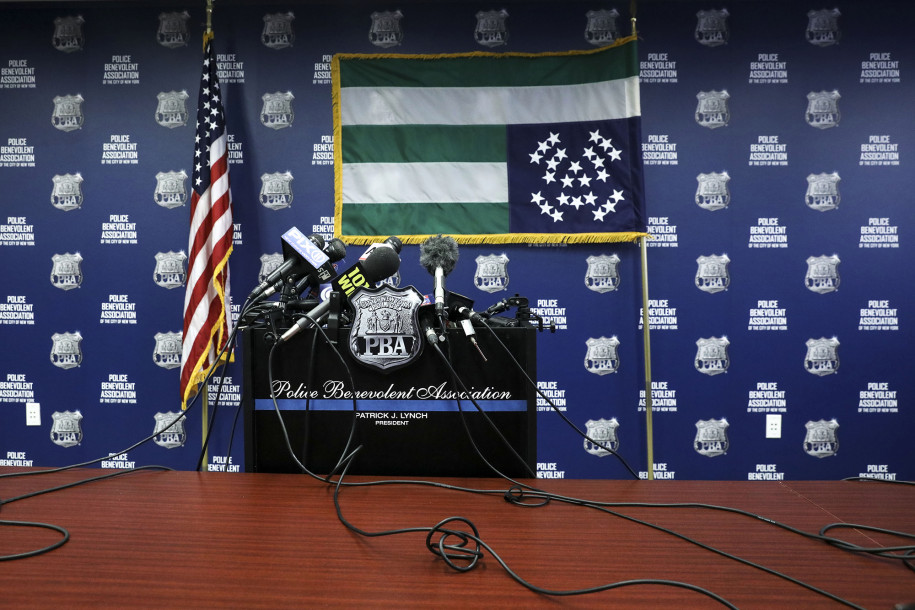 The NYPD flag is displayed upside down before a news conference at PBA headquarters after the NYPD announced the firing of officer Daniel Pantaleo. Getty Images

Earlier Monday, O’Neill said he agreed with a deputy’s report that recommended Pantaleo, 33, be fired for using a prohibited chokehold while arresting Garner, 43, on suspicion of illegally selling loose cigarettes.

O’Neill cited Deputy Commissioner for Trials Rosemarie Maldonado’s finding that Pantaleo’s use of the chokehold was briefly “acceptable” when both men were struggling against a plate-glass storefront on Staten Island, but faulted the cop for not changing his grip to a “less-lethal alternative” when they hit the sidewalk.

“No one believes that Officer Pantaleo got out of bed on July 17, 2014, thinking he would make choices and take actions — during an otherwise routine arrest — that would lead to another person’s death,” O’Neill said. 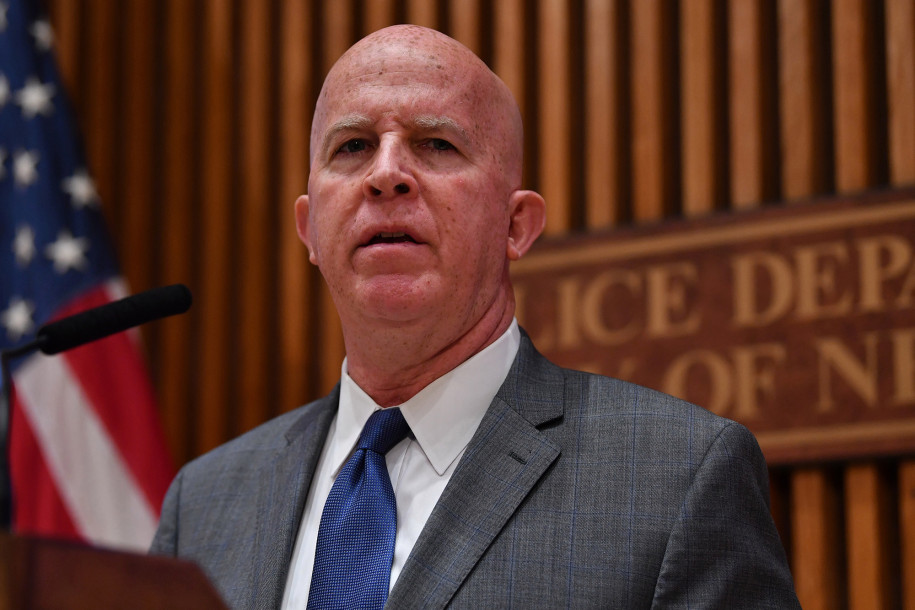 “But an officer’s choices and actions, even made under extreme pressure, matter.”

He added: “It is clear that Daniel Pantaleo can no longer effectively serve as a New York City police officer.”

During a Democratic presidential primary debate on July 31, de Blasio predicted from the stage that Garner’s family was “going to get justice. . . in the next 30 days.”

But O’Neill insisted that he made his decision to fire Pantaleo “in the last couple of days.”

“From the start of this process, I was determined to carry out my responsibility as police commissioner unaffected by public opinions demanding one outcome over another,” O’Neill said.

“I examined the totality of the circumstances and relied on the facts. And I stand before you today confident that I have reached the correct decision.”

NYPD sources uniformly rejected O’Neill’s claims of independence, with one Manhattan police supervisor saying that “O’Neill was always looked upon as a puppet, but this proves it.”

“At least de Blasio will have company when cops turn their backs on him.”

An NYPD supervisor in Brooklyn said the question of how to resolve the matter “came down to who still has a job tonight, O’Neill or Pantaleo.”

“A cop’s cop would have taken care of Pantaleo and let the chips fall where they may,” the cop said.

A veteran Queens supervisor also ripped O’Neill’s admission that “If I was still a cop, I’d probably be mad at me.”

“How can he say he would be unhappy with the decision if he was still a cop? That just means he isn’t a cop,” the source said.