Man who killed NYPD cop set to be sprung from prison 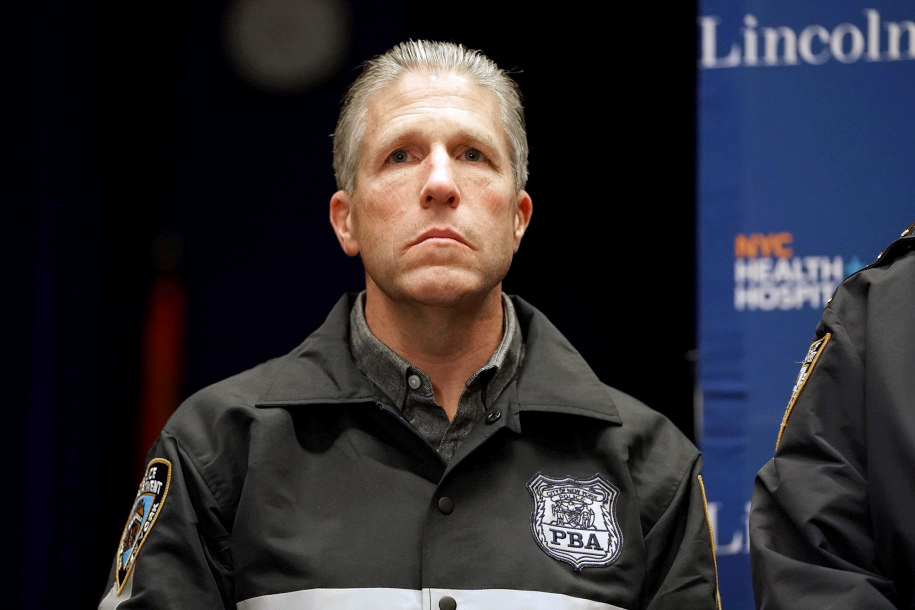 cop killer who fatally pumped three bullets into the neck of an NYPD officer is set to be sprung from prison, prompting outcry from the city’s police union.

Steven Chirse was granted release at a March hearing, and is due to be sprung around May 4, the state parole board confirmed.

“The parole board has shown time and again that it cares more about criminals than crime victims,’’ Patrick Lynch, head of the Police Benevolent Association, seethed in a statement.

Chirse and an accomplice first robbed off-duty police Officer Angelo Brown in Bedford-Stuyvesant, Brooklyn, in January 1984, as the cop was walking about a mile from his home.

The thugs ambushed the 27-year-old officer and swiped his cash and gun as he lay on the ground after slipping on some ice during the scuffle.

When the two crooks started driving away, Brown jumped on the hood of their car to try to stop them but was tossed off.

Instead of just continuing to flee, the killers then stopped their car, and Chirse, who was 26 at the time, got out and fatally shot Brown.

Chirse was arrested within weeks and eventually sentenced to 25 years to life behind bars for the heinous crime.

He applied for parole six times in the past 11 years — before finally being granted release in March hearing, authorities confirmed Sunday.

The move infuriated law-enforcement advocates, who say they have had to watch a string of cop-killers land parole recently.

The families of two slain NYPD officers went before the state parole board in January to decry the fact that the body is even now granting early hearings to cop-killing cons.

Lynch questioned whether Chirse’s release was influenced by the COVID-19 pandemic, which has paved the way for the freedom of scores of prisoners amid fears of the deadly contagion spreading more within lockups.

Chirse appeared before the parole board March 18 — two days after the state Department of Corrections and Community Supervision “instituted measures in response to the COVID-19 pandemic,” according to a letter written by PBA-provided lawyers, who represent the families of murdered cops, to the DOCCS.

“[We] write to seek confirmation that any such measures were not considered in the release consideration of Inmate Chirse and for assurance that COVID-19 related issues will not be considered in upcoming parole hearings,” the letter said.

“Simply stated, the Parole Board has no authority to and should not consider factors outside the statutory guidelines,’’ the letter added.

A parole-board rep denied to The Post on Sunday that the coronavirus had led to Chirse’s release.

“This … determination was made within the normal process and was not done due to the COVID 19 pandemic,’’ the rep said.