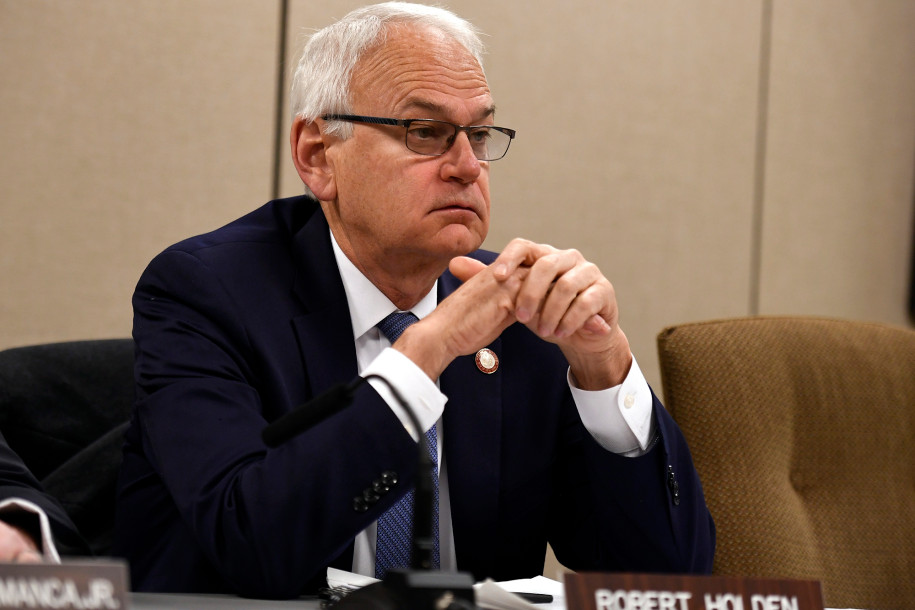 A Queens councilman is introducing legislation to repeal a recently enacted law that criminalizes the use of chokeholds and other tactics by police officers making arrests.

“This is a dangerous law, and it’s really compromising the public safety of New York City,” said Democrat Robert Holden, who plans to introduce the bill at the City Council’s Oct. 15 meeting.

Holden said the new reforms — which were overwhelmingly approved by the City Council in June and then signed into law by Mayor de Blasio a month later — are an “unnecessary, impulsive response” to the Memorial Day killing of George Floyd by a Minneapolis police officer that failed to consider the “ramifications” for New Yorkers.

He also said City Hall’s sudden push to approve the long-dormant “chokehold” bill — first authored in 2014 by Councilman Rory Lancman (D-Queens) — spurred a huge surge in murders, shootings and other violent crimes citywide as cops reportedly slowed down enforcement out of fear of making arrests.

Although cops were already prohibited from using chokeholds as a restraint, Lancman’s law made it a crime punishable by up to a year in jail.

It also criminalized compression of a person’s diaphragm by sitting, kneeling or standing on their back or chest.

“It only saw the light of day because of the riots [following Floyd’s death], and this is really a lousy way to govern,” claims Holden.

Floyd, a 46-year-old black man, was killed by a white cop who knelt on his neck for 8 minutes and 46 seconds as Floyd insisted he couldn’t breathe.

Holden’s bill is backed by the Police Benevolent Association and other city police unions who joined a lawsuit in August seeking to repeal the new regulations. Instead, the unions and Holden say the city should rely on a similar, yet less restrictive, state law that, while still criminalizing chokeholds, doesn’t address compression of the diaphragm.

Lancman, however, insisted the state law is “too narrow” and doesn’t prevent police brutality.

“The reason we introduced and passed our law is because the NYPD has been unable and unwilling to enforce its own prohibitions against dangerous police maneuvers that get people killed and seriously injured,” said Lancman, who drafted his bill in response to NYPD Officer Daniel Pantaleo placing Eric Garner into a chokehold, causing his 2014 death on Staten Island.

Considering the Council voted 47-3 in favor of the new law, Holden admits he has an uphill battle to get his bill passed, but he believes it’s doable.

The Council is already considering tinkering with the law in response to the unions’ lawsuit.

Councilman Donovan Richards (D-Queens) introduced an amendment in August that would limit the threshold for officers being criminally charged by inserting language that maneuvers must be “performed recklessly” and cause “injury due to asphyxiation.”

Richards called Holden’s legislation “garbage” that “should be dead on arrival.”

PBA President Patrick Lynch, however, praised Holden for sponsoring a new law. “He knows a few tweaks won’t fix it,” he said.

The Mayor’s office did not return messages.